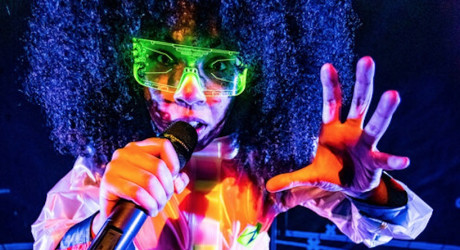 TODAY, Tuesday 25 June 2019, 11 theatre and dance projects have received new funding to enable tours to venues and communities across Scotland.

With support of over £750,000 National Lottery funding through Creative Scotland’s Touring Theatre and Dance Fund, the mix of award-winning, new and restaged projects present a wide variety of physical theatre, circus, street dance and spoken word performances for children, young people, adults and families at smaller and medium sized venues throughout 2019 and 2020.

Creative Scotland’s Lorna Duguid commented: “The projects in this round of the Creative Scotland Touring fund for Theatre and Dance represent a broad and dynamic range of work with strong potential to attract new audiences for theatre and dance.

“These productions will be touring across Scotland to a variety of different communities, across urban and rural areas.

“The nature of the fund allows venues who may not always be able to programme work that is more diverse, to programme these shows for their audiences and allow the great work produced in Scotland from artists working in a range of genres to reach as many people and as wide a geographical spread as possible.”

Skye Loneragan’s new solo show Though This Be Madness asks how we can nurture our collective sanity through the frame of sleep-deprived early parenting.

Quirky and honest, the piece playfully performs the story of one mature-age mother’s joy-struck struggle to soothe a newborn to sleep by bouncing on a pilates ball – whilst trying to tell the audience a tale of many sisters and debilitating mental illness from the perspective of a loving family member.

Fusing poetry with new music and physical theatre, the piece is a story fractured by circumstance – “Once upon a time… I don’t have time”. Having received its premiere at the 2018 Scottish Mental Health Arts Festival, Though This Be Madness will tour across Scotland from May 2020, offering a day-time, babe-in-arms relaxed and reflexive version of this adult material.

Like Animals is a funny and poignant investigation into love and communication in human relationships.

Inspired by true stories of animal language experiments, Like Animals blends surreal comedy with moments of tenderness and vulnerability to explore the impossibility of ever truly knowing someone else.

Directed by Ellie Dubois and performed by David Banks and Pete Lannon, Stuntman questions physical aggression as a source of entertainment. It is an intensely physical, funny, and tender duet by two men who wrestle with their relationship to violence. Fusing the Pow! Biff! and Wallop! of over-the-top stunt fights with personal stories of real encounters with violence from the performers’ lives, Stuntman explores the relationship between violence and masculinity, and the impact this has on our perceptions of men.

Jordan & Skinner’s Time Machine: A Radical Feminist Retelling from the End of The World is a bold, irreverent retelling of the Sci-Fi classic, The Time Machine. by H G Wells.

Told by a group of female and non binary people who are waiting for the world to end and trying to figure out where it all went wrong for ‘mankind’, Jordan & Skinner’s playful and questioning new theatre work will premiere in May 2020 ahead of its debut Scottish tour.

Caitlin Skinner and Melanie Jordan, of Jordan & Skinner, said: “We’re committed to developing meaningful and long lasting relationships with audiences, communities and venues through touring and to carve space for radical intersectional theatre in Scotland.

“We hope Time Machine: A Radical Feminist Retelling from the End of The World will be a catalyst for debate about who we are and where we are going and we’re delighted to be taking it on the road. This fund will also support the development of a new touring model that we call ’Good Guest Touring’ that aims to be inclusive, connected and forward thinking and we hope to share what we discover as widely as possible.”

Stand By is the brutally authentic story of four police officers struggling to remain in control as the community they serve disintegrates around them.

Written by former police officer, Adam McNamara, directed by Joe Douglas and produced by Scottish Theatre Producers, in association with The Byre Theatre, this Fringe First Award-winning production is a timely, tense and funny play that shows the modern-day Police Service laid bare.

Directed by acclaimed Scottish physical theatre artist, Al Seed, devised with Australian choreographer, Lina Limosani, and featuring three of Australia’s finest dancers – Lina Limosani, Tara Jade Samaya and Kialea-Nadine Williams – The Spinners is a compelling and dynamic work of dance-theatre which will tour across Scotland for the first time next year.

An exhilarating journey into myth and imagination, this emotionally-charged and visually stunning performance which is delivered with relentless intensity and athleticism. questions life, death, and our perceptions of choice.

Based on her own personal journey of helping a friend conceive through egg donation, Sarah Bebe Holmes, of Paper Doll Militia, has created Egg, an original aerial theatre production highlighting themes of choice, chance, science and mortality. Egg combines visual theatre, movement and live music with a moving original script reflecting Holmes’ own personal experience. The production’s debut tour to Scottish venues will follow performances throughout England this Summer.

Holmes commented: “Egg has been the most incredible journey from the creation to touring the UK, to our sold out run on the Fringe and now with the opportunity to bring it all around the beautiful far reaches of Scotland. What we have learned from touring this production is its impact on our audiences. That the subject matter, though seemingly niche, deeply reaches all parents, no matter their journey to parenthood.”

Following its acclaimed premiere at Glasgow’s Take Me Somewhere festival, May 2019, the award-winning MHz company will tour new show, KID_X, across Scotland in 2020.

This ‘Digital Circus Concert’ charts a futuristic romance between a boy with a bionic heart and a famous rooftop selfie queen. KID_X collides circus and street dance (Flexin, Krump, BoneBreaking) with hypnotic video projections and an original electronic score.

Poet and theatre maker Ellen Renton’s debut solo show, Within Sight, addresses societal attitudes towards disability through the story of a young runner frustrated with narrowly missing out on the Paralympics.

The show follows its protagonist, who has albinism, on a run to clear her head after receiving the news. She recalls the events that led up to this moment, reflecting on the relationships between her body, her senses and her sport.  Her journey through the landscape mirrors her personal journey, untangling the ways in which she’s internalised society’s unhealthy expectations. Within Sight will premiere in October 2019 ahead of its Scottish tour in 2020.

Within Sight producer, Bibi June Schwithal, said: “We’re over the moon to be receiving funding to tour Within Sight! It is a really big opportunity for our young company and will allow us to tour the production in a way that radically centres accessibility. Our hope is to make a long-term impact on the accessibility of the performing arts in Scotland.”

In the stage adaptation of Richard Johnson’s Once Upon a Snowstorm Greater Craigmillar’s socially engaged arts organisation, Lyra will bring this touching winter tale of loss, friendship and love to families and young audiences in the heart of its own and similar communities in Edinburgh, Glasgow and beyond. The production will tour for two years across November/December 2019 and 2020.

Lyra’s Creative producer, Tony Reekie, said: “Winter and Christmas are rich times for audiences across Scotland, but many in our communities miss out for a variety of reasons. Lyra is delighted to have this opportunity to create a production specifically aimed at new audiences in new places and spaces.”