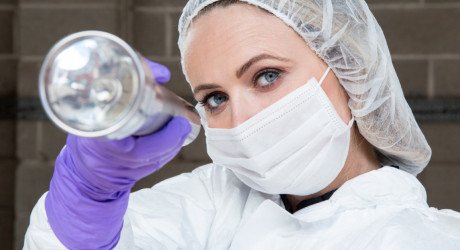 Murder Case debuted on the new BBC Scotland channel in June, with a strong TV performance, and has since become a BBC iPlayer success story, securing over 700,000 download requests for the first two episodes.

A new, third, episode will air next month.

Made by Firecrest Films, Murder Case goes behind the scenes with the MITs on the most complex murder and large-scale criminal investigations in Scotland and shines a light on the vital work of the MITs and their dogmatic pursuit of justice.

The third episode, entitled ‘Motive Unknown’, will air on Tuesday 9th July on the BBC Scotland channel at 10.00pm.

All three Murder Case episodes will air on BBC One Scotland from Wednesday 17th July at 9.00pm.

BBC Scotland commissioning executive, David Harron, said: “Murder Case is a powerful documentary series that we knew would resonate with audiences given the unique access the production team secured and the insight it was able to give to the work of this incredible team.

“The audience response has been rewarding and we are delighted to be able to recommission it for a second series.”

Iain Scollay, creative director, Firecrest Films, adds: “It has taken years of negotiation and relationship-building with every element of the Scottish justice system to make this series and to show the extraordinary lengths that police and prosecutors will go in cases like this to deliver justice. And it wouldn’t be possible without the support and understanding of all the families involved.”

The series is produced, filmed and directed by Matt Pinder.