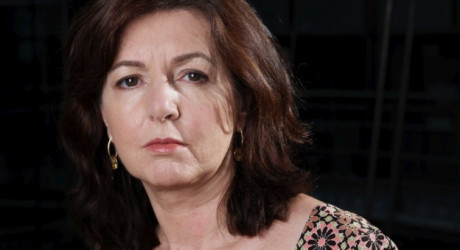 DOYENNE of television journalism, Dorothy Byrne, has been announced as the sixth woman to give the prestigious James MacTaggart Memorial Lecture at the Edinburgh Television Festival, brought to you by YouTube and Freeview.

As one of the longest-serving heads of commissioning in the television industry, she has been responsible for news and current affairs programmes that have had global and national impact, winning her numerous international Emmy, BAFTA and RTS Awards.

Dorothy was made a Fellow of The Royal Television Society for her ‘outstanding contribution to television’ and received the Outstanding Contribution Award at the RTS Journalism Awards in 2018.

She has received a BAFTA Scotland award for her services to television and has also won the Factual Award given by Women in Film and Television. She is a trustee of the Ethical Journalism Network which supports the development of ethical codes in journalistic organisations across the globe.

As a former World In Action producer and editor of ITV’s The Big Story she became Channel 4’s head of News and Current Affairs in 2003, having previously edited Dispatches as well as producing arts and history series for the channel.

She is a Visiting Professor at De Montfort University, where Channel 4 supports an MA in Investigative Journalism.

Dorothy Byrne said: “I am immensely honoured to be invited to give this address which is normally delivered by much taller people. I believe British television has lost the confidence to think big about society. Naturally, I will also be reflecting on how male behaviour has changed over my decades in television and will have some tips for men in our industry.”

Advisory chair, Kelly Webb-Lamb, said: “No-one will be spared when Dorothy Byrne takes to the stage for this year’s MacTaggart Lecture. A formidable journalist, producer and commissioner, she is one of the most respected – and, dare I say, feared – people in the industry.

“She’s astute, honest and completely unafraid – a dangerous combination as many a politician, business leader, TV exec and crook will attest to. She is also one of the funniest women I know, whose anecdotes, observations and no-doubt industry call to arms will make the 44th MacTaggart one to remember.”

CEO and festival director, Lisa Campbell, said: “Frank, fearsome and fearless, Dorothy Byrne has achieved legendary status in TV. With her decades of experience, ascerbic wit and sharp mind, everyone from media execs to politicians can expect to be challenged, outraged, amused and surprised – with plenty of headlines to follow.”

The MacTaggart Lecture has formed the centrepiece of the festival since 1976.

It is an unique, global platform offering the speaker creative freedom to provoke, inspire and to set the news agenda. In the past, it has been delivered by leading authors, playwrights, journalists, and media titans, including Dennis Potter, Rupert Murdoch, Ted Turner, Janet Street-Porter, John Schlesinger, Marcel Ophuls, Elisabeth Murdoch, Armando Iannucci and Jon Snow.

As a festival and a charity, the Edinburgh Television Festival is committed to helping young people from all backgrounds gain access to the TV industry. It runs two young talent schemes, Ones to Watch and The Network.

The TV Foundation will also take control of long-running talent schemes The Network and Ones ToWatch, supported by YouTube, as well as more recent year-round initiatives including the Social Mobility Summit and New Voice Awards.