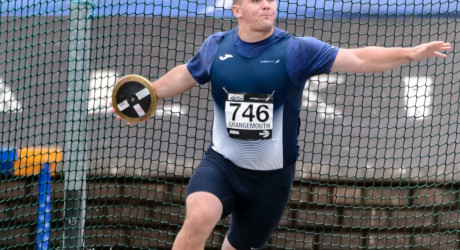 COVERAGE by BBC Scotland at the FPSG Seniors and U17s at Grangemouth later this month has been welcomed by scottishathletics.

The sport is on a high at the moment with no fewer than five national records on the track having been broken in the past two months – with a women’s 4x100m team the latest to eclipse a mark from 1986 with a good run at the Belfast International on August1.

Now the FPSG Seniors and U17s will be centre-stage on August 17/18 with almost 750 athletics having committed to competition to add to 820 for the FPSG age groups at the same Grangemouth venue the previous week.

It has already been confirmed that film company, Vinco Sport, will supply a live stream from the full weekend of August 17/18 with that footage showing live on www.runjumpthrow.com on the Saturday and Sunday.

And scottishathletics can now confirm that BBC Scotland have agreed with ourselves and Vinco to stream the Sunday afternoon action from the FPSG seniors and U17s – with the timetable at that stage largely featuring a series of finals.

The BBC Scotland Sport website will be the platform for that Sunday afternoon programme from Grangemouth, which will complement social media coverage across our own channels and those of Vinco.

“We’re absolutely delighted with the agreement with BBC Scotland and Vinco to stream the FPSG Seniors and U17s,” said Peter Jardine, communications manager with scottishathletics.

“We’re looking to maximise interest over the whole weekend across runjumpthrow.com and that will culminate on the Sunday afternoon with the action being shown on the BBC Scotland website platform.

“It is great for the sport and our event hosts at Grangemouth, the Falkirk Community Trust.

“Once again, there’s been a big response from athletes and coaches – with just over 400 names entered for the seniors – so hopefully there will be strong competition at Grangemouth for coveted Scottish championship medals.

“Last year, we introduced significant ‘prize pot’ incentives to stimulate more interest and the coverage from BBC Scotland is another way of raising the profile during what is a great era for athletics in Scotland.

“We’d like to thank our track and field sponsors, FPSG Recruitment, and the Falkirk Community Trust for their support with the partnership with Vinco and BBC Scotland.”

Prize pots of £2,000 for seniors and £1,000 for para athletes are on offer if certain performance standards are met by athletes eligible for Scotland at a Commonwealth Games.

GB international thrower, Nick Percy (pictured), last year scooped the full bounty in the final 15 minutes of the weekend’s competition when he won the discus gold.

Vinco have been regulars at this event in recent years and the live coverage also goes out to North America via www.runnerspace.com