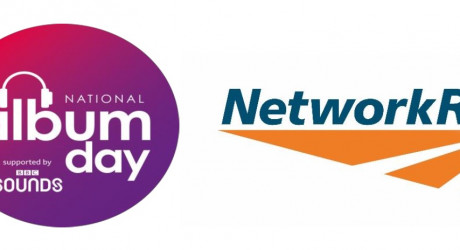 * Due to arrive at Glasgow Central Station, Manchester Piccadilly, Birmingham New Street and London Bridge in the lead up to National Album Day on Saturday 12th October

A TOURING exhibition celebrating the sounds of Scotland, the North, the Midlands and London & the South is set to launch next month as part of the celebrations leading up to National Album Day on Saturday 12th October.

National Album Day artist champions representing each part of the UK, Lewis Capaldi (Scotland), Elbow (the North), Mahalia (the Midlands) and Mark Ronson (London & the South), have each selected the six albums that have inspired them; these lists will sit alongside picks from local music critics and local record stores. The Official Charts Company have also compiled the six best-selling albums of the millennium in each area.

The ‘Sounds of…’ exhibition will reflect all 24 album choices from these combined lists relevant to each area to present a cross-cultural view of each area’s musical landscape both past and present, from BRIT Award and Mercury Prize winners through to lesser-known acts shaping and influencing the sound of each part of the UK.

The general public will be able to visit the exhibition for free at the following Network Rail stations:

Sounds of The Midlands

The Sounds of London & the South

Following a successful inaugural year, National Album Day is set to return for its second annual edition on Saturday, 12th October. Organised jointly by record labels body, the BPI, and ERA (Entertainment Retailers Association), representing the nation’s music retailers and digital/streaming platforms, and with the active participation of AIM (Association of Independent Music), National Album Day has the backing and input of the wider music community including industry umbrella body UK Music.

The music and artist community will come together with the support of BBC Sounds for a series of events and activities in the lead up to 12th October that will celebrate the UK’s love for the album and the craft that goes into making this culturally significant body of work.

This year National Album Day is themed around the notion of ‘Don’t Skip’, to encourage music lovers to discover albums – both new and classic – in full, as a complete body of work that tells a story. The theme will also serve to highlight the wellbeing and mental health benefits of album listening as a form of musical mindfulness.

Each album champion not only represents the current, diverse musical talent that is borne out of the UK, but will also reflect on other artists and albums that have inspired, shaped and defined the culture and spirit of British cities and regions.

BBC Sounds is supporting the day as official broadcast partner through programming and editorial across BBC networks.

Organised jointly by record labels body the BPI and ERA (Entertainment Retailers Association), representing the nation’s music retailers and digital/streaming platforms, and with the active participation of AIM (Association of Independent Music), National Album Day has the backing and input of the wider music community including industry umbrella body UK Music.

For more details, go to

We own, operate and develop Britain’s railway infrastructure; that’s 20,000 miles of track, 30,000 bridges, tunnels and viaducts and the thousands of signals, level crossings and stations. We run 20 of Britain’s largest stations while all the others, over 2,500, are run by the country’s train operating companies.

Every day, there are more than 4.8 million journeys made in Britain and over 600 freight trains run on the network. People depend on Britain’s railway for their daily commute, to visit friends and loved ones and to get them home safe every day. Our role is to deliver a safe and reliable railway, so we carefully manage and deliver thousands of projects every year that form part of the multi-billion pound Railway Upgrade Plan, to grow and expand the nation’s railway network to respond to the tremendous growth and demand the railway has experienced – a doubling of passenger journeys over the past 20 years.
Follow us on Twitter: @networkrail