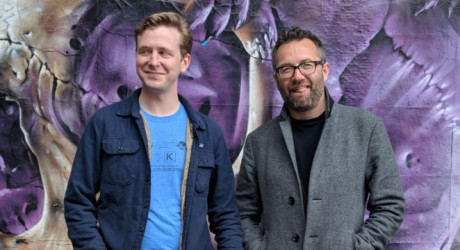 CHANNEL 4 has announced the five creative partners who will produce content for its new short-form comedy pipeline.

The initiative – which includes Glasgow-based independent TV production company, Very Nice TV – will provide a platform for exciting and distinctive emerging voices from across the UK to produce a series of bold, experimental comedy shorts. All the content will be showcased exclusively across Channel 4’s portfolio of social channels, including YouTube and Facebook.

Each producer has been selected based on their strong and original creative ideas that will pack a punch and engage online audiences, as well as their ability to harness diverse talent from across the country, providing a launch pad for fresh comedy talent.

They will produce a combined total of 120 innovative and hilarious shorts honing in on the interests and experiences of young audiences. Tone will range from the risky, to the mischievous to the feel good, creating new styles of sketch comedy, as well as referencing stand up, mime, musical comedy or animation.

The shorts will land on Channel 4’s social channels from late autumn 2019.

Laura Marks, the Channel 4 commissioner for the project, said: “Showcasing new writers and talent from across the country and providing a platform for them to try the things they wouldn’t normally get the opportunity to do is hugely exciting for us. We look forward to unearthing the comic voices of the future and seeing how our online audiences respond.”

Glasgow-based Very Nice TV was founded by Andrew Robertson and Henry Imbert in spring 2018 as an entertainment specialist based in Scotland.

Robertson and Imbert have a wealth of entertainment experience between them and aim to produce innovative, exciting shows and formats across a plethora of platforms. They met ten years ago in Endemol’s Digital Media department where they were responsible for ground-breaking multi-platform content including creating The Million Pound Drop play-along game; Webby award-winning dramas and transforming Big Brother’s online strategy.

Very Nice’s first commission, Mirror Mirror, for BBC Scotland’s digital channel, is a popular and critically-acclaimed series where honest and humorous conversations are filmed with a hidden camera behind the mirrors of Scotland’s hairdressers with no topic off-bounds. It has just been recommissioned for a further 12 episodes.

Henry Imbert will serve as creative director on the comedy shorts and Andrew Robertson, as executive producer.

Henry Imbert said: “We are passionate about working with and developing new talent from across Scotland. We see our role as aiding and empowering up and coming comedy actors, writers and directors to break through onto TV and online.

“We’ve brought in the brilliant Rab Florence for workshops and readthroughs with the team to use his talent and expertise to help build the confidence and skills of everyone we are working with. In time our plan is that the characters and ideas we’re helping the teams develop now will go on to help create sustainable careers for those involved.”

Andrew Robertson said: “We’re so excited to be working with Channel 4 on this project. The writers, actors and directors that we are collaborating with have already proved themselves worthy of becoming the next generation of brilliant Scottish comedy talent.”