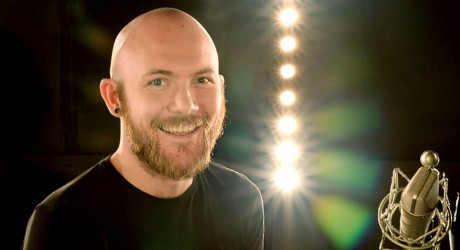 MIKE McKenzie has won the inaugural BBC Radio Scotland Singer/Songwriter Award after an outstanding performance in the live final.

He was named winner by a prestigious panel of judges tonight, Thursday 25 October, at the event hosted by Ricky Ross which was broadcast on BBC Radio Scotland from St. Luke’s, Glasgow as part of BBC Music Day.

Mike, from Edinburgh, has now secured a recording session with BBC Scotland in Glasgow, an opportunity to play the King Tut’s stage at the TRNSMT Festival and the production of a promotional video.

Mike was up against Liv Dawn from Loch Lomond area, Gus Harrower, from Edinburgh and Scott Wallace, from Aberdeen, who all impressed on an evening of top-quality musicianship.

Mike said: “It’s just amazing. It’s the first time this has taken place, and it’s so important for us songwriters. I stopped trying to write what I thought people would like a couple of years ago and I just started to write what I wanted to – and since then it has started to work.”

Sharon Mair, executive producer, BBC Scotland, said: “Tonight’s event was the ideal showcase for these four talented musicians. They have all performed brilliantly this evening and throughout the process. It was a very difficult job for the judges to single out of the finalists – but many congratulations to Mike.”

Gareth Hydes, commissioning editor, Radio and Events, BBC Scotland, said: “The search to find the country’s newest musical stars has been hugely enjoyable for our audiences. It has been exciting to hear the final contenders developing over the past few weeks, culminating with tonight’s memorable show.

“Hopefully, this triumph is the start of an exciting new stage in Mike’s musical journey.”

The four remaining singer/songwriters had earned a place in the final after a public vote. Voting had opened on Monday 2 September when hopefuls from across the country uploaded videos on to the BBC Radio Scotland Singer/Songwriter of the Year online portal. The songs were also played on a variety of BBC Radio Scotland programmes during the voting period.

Ahead of the final, the four contestants were mentored by songwriter and producer, Davie Scott, lead vocalist with The Pearlfishers, and a leading light in the University of West Scotland’s Masters in Songwriting course.