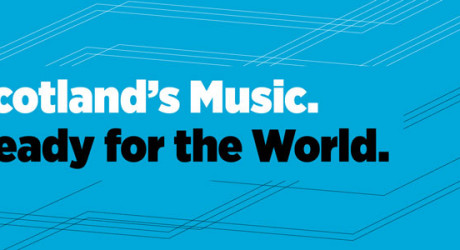 RISING stars of Scotland’s traditional music scene, Ryan Young and Jenn Butterworth, are to receive a top slot at the World Music Expo, WOMEX, in Tampere, Finland, this Thursday, 24 October 2019.

Recognised as the world’s largest gathering of the global music industry, WOMEX brings together 2,700 industry professionals, including 300 performing artists from over 90 countries.

Explaining the importance of the showcasing opportunity, Alan Morrison, head of Music, Creative Scotland, commented: “WOMEX is a fantastic opportunity to connect Scotland’s trad, folk and roots scene directly to the rest of the world – especially the international bookers, agents and festivals who provide the platforms to take Scotland’s music out beyond our borders.

“The Scottish Stand is always one of the busiest hubs of activity within the entire trade fair, and this year we’ve got the added excitement of having brilliant Scottish fiddle-guitar duo, Ryan Young and Jenn Butterworth, performing one of the rare and prestigious official showcases. With their virtuosity leading the way, I’m sure that WOMEX 2019 is going to be a tremendous success for Scotland.”

Fiddle player Ryan Young, a graduate of the Royal Conservatoire of Scotland, has been nominated for the BBC Radio 2 Young Folk Awards and the BBC Young Traditional Musician of the Year. His debut album was produced by triple Grammy-winner, Jesse Lewis, and was shortlisted for the Best Album award at the MG ALBA Scots Trad Music Awards 2017.

Jenn Butterworth is one of the most notable folk guitarists in the UK’s acoustic music scene. An acclaimed collaborator, she was a member of the Songs of Separation folk ‘supergroup’, whose eponymous album was named Album of the Year at the BBC Radio 2 Folk Awards in 2017. Her other collaborations have included Kinnaris Quartet and four years on the BBC Hogmanay Live show as a member of the All Star House Band.

Looking forward to her appearance at WOMEX, Butterworth commented: “Playing at WOMEX is an amazing opportunity to be showcased on a world stage. Ryan and I are the only artists to have been chosen to attend from the UK and we feel honoured to be representing the vibrant and dynamic Scottish music scene. We have been touring extensively over the last few years and having the chance to meet and share our music with such a wide variety of professionals at WOMEX will hopefully bring further long-lasting connections.”

Together, Ryan and Jenn were nominated for Folk Band of the Year at the Scots Trad Music Awards in 2018.

Ryan Young and Jenn Butterworth will play at the WOMEX 19 Showcase on Thursday 24 October from 14:15-15:15 on the Daycase Stage, Maestro, Tampere Hall.

WOMEX delegates are invited to meet with Scottish music experts to find out more about the best of Scottish trad, world and folk music at the Creative Scotland Stand Floor 1, Tampere Hall, Yliopistonkatu 55, Tampere. The trade fair is open from 14:00-18:00 on 23 October and 10:00-18:00 from 24 to 26 October.

Creative Scotland is the public body that supports the arts, screen and creative industries across all parts of Scotland on behalf of everyone who lives, works or visits here. We enable people and organisations to work in and experience the arts, screen and creative industries in Scotland by helping others to develop great ideas and bring them to life. We distribute funding provided by the Scottish Government and the National Lottery. Further information at www.creativescotland.com.