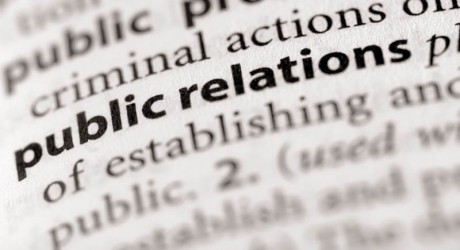 THE Edinburgh Tourism Action Group (ETAG) has announced the appointment of former STV chief, Donald Emslie, to the role of chair.

Donald will lead the work of ETAG, the umbrella organisation for the Edinburgh tourism sector, which brings together and supporting the work of key stakeholders, business associations and businesses to create and support a strong, thriving tourism community in Edinburgh. He brings a wealth of experience in business, media, sport and hospitality that will be crucial in continuing to drive progress within Edinburgh’s vibrant tourism sector.

He replaces outgoing chair, Robin Worsnop, as he prepares to step down, following a nine-year term. Robin oversaw the successful development and implementation of the sector’s current tourism strategy which has helped drive consistent and sustainable growth in visitor numbers and spend.

Donald Emslie, new chair of ETAG, said: “I am delighted to have been appointed as ETAG’s new chair and excited to have the opportunity to contribute to the development of Edinburgh’s tourism sector and build on Robin’s legacy of strong and sustainable growth seen in the sector in recent years.

“ETAG’s work has played a unique and valuable role in bringing together all the many and varied sector stakeholders who are responsible for delivering a great visitor experience in Edinburgh. Looking ahead, I have no doubt that this will provide an essential platform to build on the many opportunities and challenges that face the city’s tourism sector going forward.

“Edinburgh has enjoyed eight years of continuous growth and Edinburgh’s tourism sector is in a strong position. However, it is essential that we continue to work hard to ensure that the sector continues to thrive and in doing so contributes to what make Edinburgh such a great place to live, work, study and invest, as well as visit.”

Outgoing chair. Robin Worsnop. commented: “I am extremely proud to have played my part in the growth of Edinburgh’s tourism sector, one of the city’s great economic success stories in recent years. In my time at ETAG, we have worked hard to build a unique model that supports the development of tourism in the city at all levels to improve and build upon Edinburgh’s world-class visitor offerings.

“As I reach the end of my tenure after nearly ten years, I am glad to welcome Donald into this role. He will bring fresh thinking and insights, as well as his wealth of knowledge and experience, to ensure that ETAG continues to go from strength to strength and support the tourism sector going forward.”

Born in Aberdeen and educated in Inverness, Donald started his working life as a teacher, but made an early career change into sales and marketing. After joining STV in the mid-1980s, he rose rapidly through the ranks of Scottish Television, leading the integration of Grampian TV and STV and ultimately taking on the role of chief executive of SMG Television (latter SMG Plc) from 1999 until 2007. This included responsibility for SMG Television, Virgin Radio, Pearl & Dean and Primesight. During this time, he was also the chair of GMTV Ltd (2002 – 2004) and the ITV Network Ltd (2000 – 2004).

Donald has also taking on a number of additional and significant industry non-executive appointments over the last 20 years, including:

Currently Donald is the chair of Thorpe Hall Leisure Ltd, which owns and operates the award-winning Lifehouse Spa & Hotel in Essex and chair of Castle Hotel Management Consultants, a hotel management company that specialises in managing hotels in a turnaround situation.

Donald lives in Edinburgh with his wife Sarah and is father to two daughters. Donald’s hobbies include walking, golf and sailing.

Formed around 2000, and one of the the first of its kind in Scotland, the Edinburgh Tourism Action Group (ETAG) is a dynamic partnership of private and public-sector representatives who jointly coordinate tourism development in Edinburgh.

ETAG is the umbrella organisation for the tourism sector in Edinburgh, with the aim of creating a strong tourism community that works together to deliver growth for businesses, a great experience for the visitor and economic benefits for the city and Scotland as a whole.

ETAG has an online network of over 1,500 tourism professionals, businesses and organisations who receive regular updates on the latest information, events and business opportunities in Edinburgh.

The ETAG annual conference is one of the largest tourism industry events in the city and regularly attracts around 200 delegates.

MEDIA RELEASE issued by 3×1. You too can share your stories (aka press or media releases), on this site. Email here for more information.