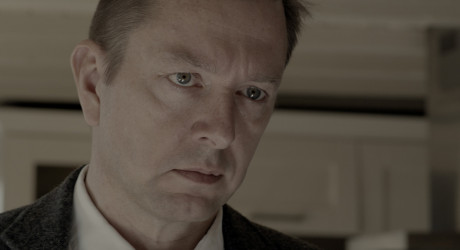 ‘Convergence’, a psychological thriller about life, death and love, beat more than a 700 other movies to the top prize. Shot in Scotland, the ‘no-budget film’ (which cost less than £3,500 to make) starred mainly unknown Scottish actors and actresses and garnered huge applause when it was announced winner at the festival’s glitzy awards ceremony on Sunday night in Cardiff.

Liverpool-born Steve said: “For a small independent and self-funded feature film, made for no money, to win such a prestigious film festival as Cardiff, and against feature films across the globe is remarkable. This is a testament to to what grassroots filmmakers can achieve.”

The win at Cardiff comes on the back of the world premiere earlier this year in Leicester Square, London, where it competed at the 2019 British Independent Film Festival, in which it was nominated for five awards, picking up the ‘Best Feature Film’.

‘Convergence’ has played at numerous film festivals around the world since then, gaining awards for Best Film, Acting, Cinematography, Directing and Music.

The 97-minute film is led by Jeremy Theobald (who had roles in Hollywood director, Christopher Nolan’s debut feature film, ‘Following’, and ‘Batman Begins’) as Martin, who plays opposite Nicolette McKeown (‘Mass Effect: Isolation’, ‘MetalHedz’ and television series, ‘Feel The Dead’) as Lily, in her first feature film.

The leads are supported by: Royal Conservatoire graduate, Alfie Wellcoat (‘Dual/Duel’ and ‘Haevn or Hele’), as Robert; Lee Fanning (‘Under The Skin’ and ‘The Angels’ Share’) as Dominic; Scottish America-based actress, Anna Kennedy (‘My Big Fat Gypsy Wedding’) as Maggie and Marcus Macleod (‘The Necromancer’ and ‘Book of Blood’) playing the enigmatic ‘Strategist’.

‘Convergece’ will have a limited theatrical release starting on 8th November 2019 at Cineworld, Renfrew Street, Glasgow. The trailer for the film is currently playing in front of Hollywood films such as Joker, Rambo: Last Blood and Terminator: Dark Fates.