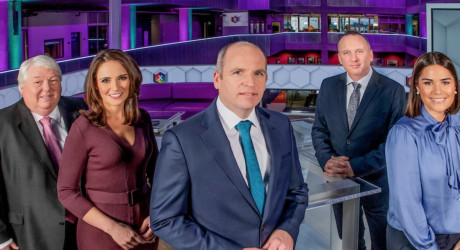 ON polling day, Election 2019: Scotland on BBC One Scotland, from 9.55pm, will be presented by Glenn Campbell, with analysis from Brian Taylor plus guests throughout the night.

Laura Miller will be mapping out the story with state-of-the-art graphics, Rebecca Curran will bring the latest news as the result roll in and Martin Geissler will be getting the reaction to the big stories from key figures. BBC Scotland will be at every count, ensuring all the key moments are captured as they happen.

The results night coverage on BBC One Scotland will also include The Election Café at Pacific Quay where Nick Sheridan and Fiona Stalker will hear from journalists and other commentators.

The following day, 13 December, Sally Magnusson will take up the story for BBC One Scotland from Westminster as the country digests the results.

Overnight on 12 December, listeners to Radio nan Gaidheal can tune in from 9.55pm where Donald Morrison and James Macdonald will be joined by a panel and pundits discussing the latest results as they come in.

On Friday 13 December on BBC Alba, An Taghadh 2019, a two hour live special exploring the election result and what this means for Scotland and further afield, will be on air from 7pm. On BBC Radio
Scotland, the through-the-night results programme will be presented by Bill Whiteford and Gillian Marles.