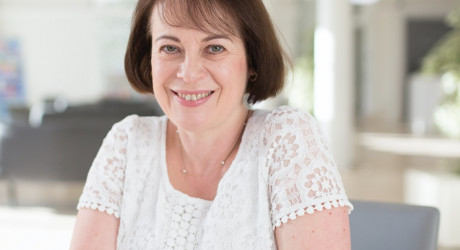 THE world’s longest-running weekly women’s magazine’s 150th anniversary is ending on a high – after a year of celebrations.

First published on January 13 1869 from an office in Bank Street, Dundee, The People’s Friend set out to “instruct and entertain” its readers. A century-and-half and thousands of issues later it continues to do just that.

With a current weekly readership of 227,000, the magazine is known, loved and trusted around the world. As well as its UK readers, around 20,000 copies are exported each week to recipients as far afield as Australia, New Zealand, South Africa and Canada.

The magazine’s 150 years of continuous publication was recognised with the award of a Guinness World Records certificate in January and the year-long celebration of the milestone was highlighted by events, exhibitions, special publications and promotional activity. The magazine’s anniversary also attracted fantastic media coverage, cementing its place in magazine publishing history and engaging existing readers and attracting a new audience.

A 150th birthday party weekend took place at Alvaston Hall Hotel, Cheshire, attended by nearly 200 readers who spent three days enjoying ‘Friend’-themed events and activities in the company of some of the magazine’s staff and contributors.

An one-off Special Collector’s Edition produced to mark the anniversary also won Special Edition of the Year at the PPA Scottish Magazine Awards.

Carrying around 600 short stories each year across the weekly magazine, the three-weekly special and the annual, The People’s Friend is the biggest publisher of magazine fiction in the UK and adheres to its founding intention that the publication would have “nothing admitted into its columns having the slightest tendency to corrupt the morals either of old or young”.

Angela Gilchrist (pictured), editor-in-chief of The People’s Friend since 2007, said: “What a joy and privilege it has been to lead the ‘Friend’ through its 150th anniversary.

“And what a success our year of celebrations has been – I’ve been so touched by the support and messages of goodwill from the magazine’s hundreds of thousands of friends around the world. And now, as we move into our 151st year, there are so many exciting opportunities ahead of us. Here’s to the next 150 years!”

The magazine is now looking towards 2020 with some exciting plans and features, the first of which is their ‘New Year, New Writers’ which will see brand new writers debut their fiction in the magazine every month.