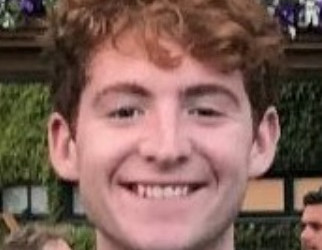 THE engaged writing of four young journalism students has been recognised in the third year of the Ian Bell ‘New Writing’ award for unpublished writers in Scotland aged 30 or under.

The competition, in memory of the award-winning journalist and author Ian Bell, who died in December 2015, was set up by his family and the Edinburgh and district branch of the National Union of Journalists, of which Ian was a member.

The judges this year – Ian’s son Sean Bell, a writer and journalist on the Scottish-based news website CommonSpace, Libby Brooks, The Guardian’s Scotland correspondent and Rob Edwards, chair and production manager of the investigative co-operative, The Ferret – made their choice from a large batch of lively and committed pieces on social issues.

Jamie said: “I am delighted to have won the Ian Bell Award and would like to congratulate Brendan, Emma and Jordan for their work.

“My piece was part of a wider series of articles investigating concussion in Scottish sport and was produced for my fourth-year major journalism project at university. I would also like to thank my supervisor Allan Boughey for his help and support.”

Joint runners-up were Brendan Duggan, 22, also at Napier, for his interesting angle on the Israel/Palestine conflict, ‘The Mental Health of Palestine’, and Emma Simper, 22, studying at Stirling university, for her in-depth examination of the importance of touch.

“I was happy and surprised to hear that I had been picked,” said Brendan. “Ian Bell had an amazing political and personal voice and to be attached to his name is a great privilege.”

Emma commented: “I’m beyond honoured and ecstatic to have been recognised, not only amongst so many talented individuals, but in the memory of such a thoughtful and honest writer. I wrote my piece during my semester abroad in Canada, inspired by the absence of loved ones in my own life.

“Never underestimate the importance of a good hug, or in this case, writing about it. Thank you to Tom Collins and my good friend and previous winner, Peter Stewart, for encouraging me to enter. It means the world.”

The judges also commended the entry by Jordan Batey, also at Stirling, for an insightful dissection of the true impact of gambling.

The winning entries will be published in the Scotland-based online magazine, Bella Caledonia.

The awards will be presented by Mandy Bell and the judges at the Aye Write literary festival, on Saturday 14 March at the Mitchell Library, Glasgow, following a talk at 6.15pm by Tom Roberts, author of The Making of Murdoch: Power, Politics and the Man Who Owns the Media.

Update, March 13 2020: “In the light of developing concerns about the coronavirus and public gatherings, Edinburgh NUJ and the Bell family have reluctantly decided to cancel the presentation to the winners of the Ian Bell ‘New Writing’ award, sponsored by the NUJ in association with Bella Caledonia, at the Aye Write Book Festival on Saturday 14 March. We are sorry to disappoint the winners but we plan to rearrange the presentation as soon as circumstances permit. We are deeply grateful to the organisers of Aye Write for their continued support of the award.”

MEDIA RELEASE issued by NUJ Edinburgh & District branch. You too can share your stories (aka press or media releases), on this site. Email here for more information.