Media release: Celebrate the magical, mystical world of Outlander with The Scots Magazine 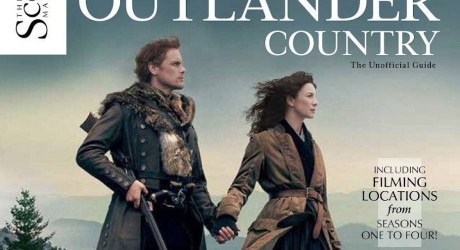 FANS of hit TV show, Outlander, will need Outlander Country – Myths, Legends & Locations, a brand-new 148-page glossy publication brought to you by the team behind The Scots Magazine.

Visit the Scottish filming locations, pick up fascinating facts from the set, and discover the real-life characters and events that inspired the series.

Fans of the series will love the behind-the-scenes filming secrets, as well as interviews with Outlander creator, Diana Gabaldon, and star, Sam Heughan, on why he is so passionate about filming in Scotland.

Since the first season of Outlander graced TV screens in 2014, fans have flocked to Scotland to visit the country that inspired it.

Many Scottish cities and historic attractions have been used as filming locations – and with the fifth season of the hit TV show out this week, there’s no better time to get your ultimate guide!

“Each month at The Scots Magazine, we bring you all that’s great about our wonderful country, and we’re thrilled to see this surge in global interest for all things Scottish. Outlander Country is a fantastic publication that celebrates the show, the country and the culture that inspired it.”

The award-winning The Scots Magazine, published by DC Thomson Media, is recognised as the world’s best-selling Scottish interest title. It celebrates the very best of Scotland, from the country’s thriving cities, to the great outdoors, history, nature and culture – all complemented by stunning photography.