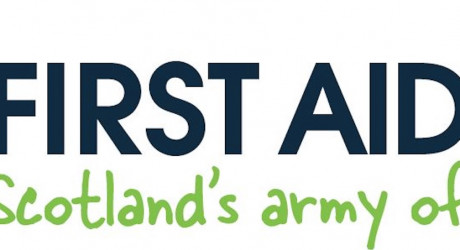 THE Courier newspaper has launched a campaign to make First Aid training compulsory for all ages in Scottish primary and secondary schools.

When seconds and minutes really count, First Aid training saves lives. And The Courier hopes its First Aid Kids campaign will create an army of lifesavers, improving health outcomes in Scotland for the long-term.

The campaign comes after First Aid provisions are being introduced in English state schools this autumn. The Courier is calling on the Scottish Government to do the same.

Eleven-year-old James McMahon came to the aid of his step-dad Arthur Adlam when he took an epileptic fit. The hero youngster called on skills gained at an after-school club and knowledge gained from his mum to provide potentially life-saving assistance.

Toddler, Freya Fernie’s owes her life to a good samaritan who brought his First Aid skills to bear when she choked on a strawberry during a family day out.

The Courier’s First Aid Kids campaign wants young people to be given the skills and confidence to act when confronted by a person having a medical issue. Ultimately, that change could be the difference between life and death.

David Clegg, editor of The Courier, said: “No-one is immune to taking unwell and, in that most vulnerable of moments, you can only hope that someone is there to help.

“The Courier’s First Aid Kids campaign is about creating a new army of lifesavers through our primary and secondary schools’ system. We believe that by giving young people the knowledge and skills to act appropriately in that moment of crisis, then lives will be saved.

“We can see no downside to giving young people the opportunity to learn lifesaving skills. That is why we are calling on the Scottish Government to be bold, support our First Aid Kids campaign and introduce mandatory First Aid training in our schools.

“We believe that by doing so we will create a better, safer Scotland for all.”

Organisations such as St Andrews First Aid are backing the paper’s campaign, and a petition is now open encouraging the public, schools and training and young people’s groups to support The Courier’s call for this positive societal change. The petition is available here: https://www.thecourier.co.uk/tag/first-aid-kids.