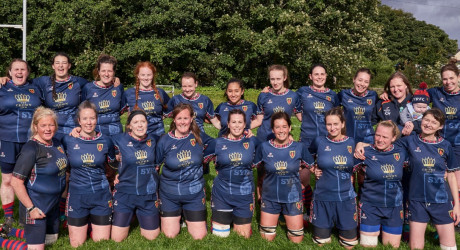 A FASCINATING new series on BBC ALBA called Thar na Loidhne (Crossing the Line), follows up-and- coming rugby players based in Scotland and Ireland as they strive for success and the ultimate goal of ‘crossing the line’.

Five programmes, which start on Monday, March 2, reveal all aspects of the game from grassroots to professional level through the highs of winning, the training, injuries and the road to recovery, and the heartbreak of defeat.

Seumas Mactaggart, head of Production and Development at macTV in Stornoway, who produced the series for BBC ALBA, said: “Scotland has played a huge part in the history of rugby since the birth of the game in the 19th century. Today, the fast-paced game is played worldwide and has grown in popularity, particularly in the last 20 years, and in areas you’d least expect.

“This series asks what motivates players to pick up the oval ball? Crossing the Line provides a fascinating insight into the world of rugby with some of Scotland and Ireland’s most dedicated and devoted players from local and regional teams.”

Viewers meet players from the Stornoway Ladies Rugby Team (pictured) and their coach, Angus ‘Bubble’ MacKay, as they begin their first season playing in the Caledonia North League, capturing the build-up and excitement to their first home game.

In later episodes. the ladies embark on a journey to play a season defining game against Huntly and prepare for a big game against the Orkney Dragons in Kirkwall in the Northern Isles.

The series also reveals how the Irish players deal with injuries and prepare for important games and viewers meet Conor McMenamin, a boy from Donegal who is aiming high, and see him and Joe Dunleavy fight for a place on the Ulster senior team.