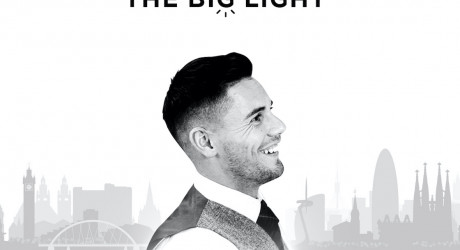 SEAN McDonald’s hugely popular podcast, BLETHERED, is set to relaunch on The Big Light, the Scottish podcasting network, on Wednesday, 6 May.

Since launching independently in January 2019, BLETHERED has been listened to over 300,000 times in 91 countries around the world, garnering five-star reviews, and it recently featured in the Radio Times as one of the ’23 podcasts you need to listen to right now’.

With 60 shows under his belt already, Blethered features an eclectic mix of guests – from MP Mhairi Black, to broadcaster Jim White, writer Darren McGarvie, Italian women’s football legend Rose Reilly and the rapper, Aitch – and no topic is off limits.

From challenging life stories to social commentary, mental health issues, modern culture and more, Sean never shies away from asking hard questions and his relaxed and open style brings out the very best in his interviewees.

Sean McDonald said: “I think people listen to Blethered because it’s authentic and it’s honest. It’s not a refined product. It’s not scripted. It’s not trying to be anything. It’s just a very genuine and honest conversation.

“I’m delighted to be joining The Big Light network. It’s a great opportunity for me to take things to the next level, but it’s great to be a part of something bigger. The Big Light to me is a Scottish voice. There’s so much out there to choose from, so to be part of a platform for Scottish voices is really exciting for me.”

Exec producer, Janice Forsyth, said: “Sean is a big talent – a natural interviewer who gets to the heart of difficult, emotional issues with lots of laughs along the way.”

Exec producer, Fiona White, said: “Our mission at The Big Light is not only to create original quality podcasts but also, to curate the best independently-produced work that Scotland has to offer and we’re overjoyed that Sean McDonald’s Blethered is the first of these.”

Listener reviews, Apple: “It has been a tough old year so far and this podcast has really helped me to keep going. His latest truly made me chuckle at a time when I didn’t think I could!” – Jules, Edinburgh March 2020

“A really down-to-earth podcast allowing real people to tell their stories. Although some of the talk is on some really important issues, there is a great balance between this and light heartedness. A great listen.” – Daniel, May 2019

“Top-class podcast… Interesting, funny and deep when it needs to be.” – Steve, May 2019

Based in Barcelona for six years prior to 2019, Blethered is described as a Glasgow/Barcelona podcast and Sean regularly records episodes in Spanish, which he speaks fluently.

On The Big Light podcast network:

Featuring a rich mix of entertaining shows across a wide variety of genres – from comedy to crime, culture to scripted fiction, music, documentaries, business, news analysis and more – all of The Big Light’s content is made in, and inspired by, Scotland, instantly connecting listeners to the very best of contemporary Scottish culture as part of an emotionally engaged global community.

Founders and executive producers, Fiona White and Janice Forsyth, are respected media professionals with decades of experience in TV, radio production and presentation, and a vast network of contacts across Scottish public life.