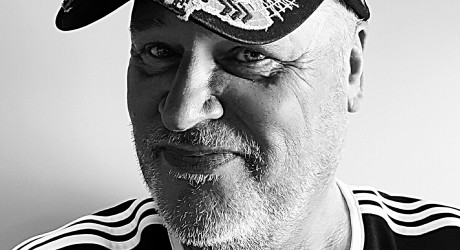 IT was the festive season when Glasgow taxi driver, Donald Forbes, waited for one last fare. And unknown to him, the mysterious passenger who enters his cab would create a life-changing epiphany.

‘I’ve got Jesus in the back of my taxi!’ is the debut novel by Alloa-based former business consultant, Robert Ferguson (pictured), who has a second novel already in the process of being published and a third well on its way.

‘I’ve got Jesus in the back of my taxi!’ is being published by Austin Macauley Publishers, here. It comes out a week on Friday, the 31st of this month.

Says Ferguson: “It’s fantastical journey beckons when this final client activates a labyrinthine voyage. In this spiritual ride, our taxi driver sees himself as a young boy, meets his dead father, has his life ‘changed’ by a ghost, and travels back through his extraordinary life. It’s one man’s journey, to meet others with similar convictions to his, all pursuing the same outcome in life.”

MEDIA RELEASE issued by Robert Ferguson. You too can share your stories (aka press or media releases), on this site. Email here for more information.