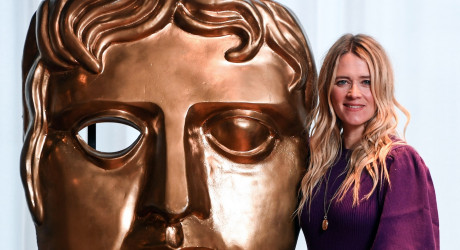 THE British Academy of Film and Television Arts in Scotland (BAFTA Scotland) is today confirming that the British Academy Scotland Awards will take place on Tuesday 8 December as a closed-studio, socially-distanced show.

Edith Bowman will host a digital ceremony on 8 December, 19:00 GMT on BAFTA social channels, including youtube.com/bafta, and followed by a highlights show on BBC Scotland at 22:00 GMT.

Nominations for the British Academy Scotland Awards will be announced on Wednesday 21 October.

Jude MacLaverty, director of BAFTA Scotland, said: “We are absolutely thrilled that we will deliver the British Academy Scotland Awards this year. It is hugely important, during these very challenging times, that we are all able to share in this celebration of world class talent and to reward and shine a light on the film, games and television industries in Scotland.”

Edith Bowman, awards host, said: “It is always an honour to be asked to be part of the British Academy Scotland Awards, celebrating the inspiring work from the Scottish film, games and television industries. This year, more than ever, we all need the encouragement and motivation to continue to make world-class entertainment. I’m thrilled the team have worked hard to be able to bring the annual awards to celebrate the breadth of fantastic work.”

Gareth Hydes, commissioning editor, BBC Scotland said: “It’s great that the British Academy Scotland Awards will go ahead this year albeit in a different way and we are delighted to be able to bring audiences coverage of the ceremony on the BBC Scotland channel which will shine a light on the talent that exists here both on and off the screen.”

The British Academy of Film and Television Arts (BAFTA) is a world-leading independent arts charity that brings the very best work in film, games and television to public attention and supports the growth of creative talent in the UK and internationally. Through its awards ceremonies and year-round programme of learning events and initiatives – which includes workshops, masterclasses, scholarships, lectures and mentoring schemes in the UK, USA and Asia – BAFTA identifies and celebrates excellence, discovers, inspires and nurtures new talent, and enables learning and creative collaboration.

For advice and inspiration from the best creative minds in working in film, games and television, visit http://www.bafta.org/guru.

BAFTA Scotland is at the core of Scotland’s screen industries, regularly engaging its members
and the wider industry while reaching out to the public via a comprehensive range of screenings, educational events and masterclasses. www.bafta.org/scotland