Media release: Conference moves online to tackle conversation about the future of sponsorship in Scotland 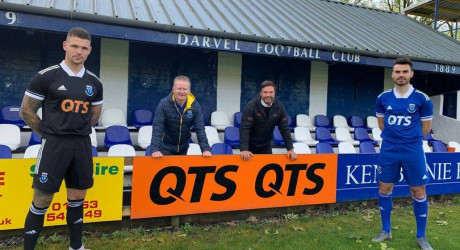 A CONFERENCE has moved online after its postponement in March, to deliver a four-part webinar series on the future of sponsorship in sport and events in Scotland.

Following its huge success in 2019, Via Sponsorship had a fantastic line-up of industry leaders in a packed schedule for March.

After awaiting news throughout the pandemic about the events industry, Via Sponsorship has moved its conference online and will welcome the same high calibre of speakers and experts onto its webinar panel discussions in October and November.

Choosing to split the usual, day-long conference across four sessions, Via Sponsorship will be tackling hard questions about sponsorship and the sponsorship of sport and events across Scotland and the UK, following the devastating pandemic and the pressure on businesses and the economy.

With the support of Alan McLeish and The QTS Group, who only recently announced their sponsorship of Darvel Football Club, Via Sponsorship has managed to create an event online that will produce the same conversation, insight and networking that it hoped to create in spring.

From further afield, one of the world’s top sailing and yacht racing sponsors, Andrew Pindar OBE DL, will be joining Andy Westlake, chair of the European Sponsorship Association, Mark Harrison, founder and CEO of the T1 Agency and SponsorshipX, and Luca Rizzotti, founder of Foiling Week.

The speakers will be covering various topics ranging from where businesses should invest to get the strongest ‘return on investment’, to how to give sponsors a strong return during restricted, low-capacity, or online events.

The future of sponsorship will be the primary discussion as speakers from Scotland, Europe and North America tackle the big questions facing the industry.

Thanks to the support of The QTS Group, and their work to elevate sport in Scotland, the conference has been opened up to a wider audience in the hope that the message about sponsorship and how to move forward in business will reach further.

Registration for each webinar session is available through www.viasponsorship.scot and all information can be found through the Via Sponsorship social media pages.