Media release: A new arts organisation starts business during lockdown based in one of Scotland’s lowest arts-participation areas 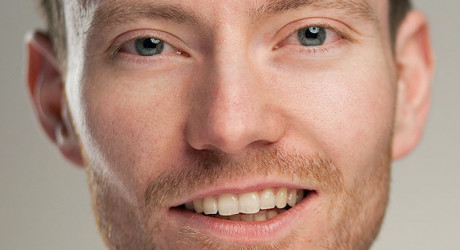 WHAT is theatre without a building? This is the question founder of the Grey Hill, Barry Robertson (pictured), found himself asking when creating his new arts organisation.

The fast digital transformation of the creative industries is creating new opportunities for theatre-makers.

However, the story behind this new organisation began in one of Scotland’s lowest arts-participation regions of North Ayrshire and Arran. Local audiences had not had theatre in its ‘traditional’ sense since the days of Borderline Theatre Company, other than touring companies.

In 2019, Barry spent the year brainstorming ideas and feasibility for his new organisation. With support from Scottish Enterprise, he was able to go to London and work cross-industry, in understanding audience behaviour – from film, TV, audio, music, theatre and digital production.

Robertson was well aware that participation in the arts has been dramatically transformed in the last two years, and, in light of COVID, the arts industry and its distribution have been turned upside down.

He knew that, if theatre was to survive, it must change too, which he found both fascinating and exciting. He realised that the way we now need to create theatre cannot and should not be done in the same way as before.

As the demographic of traditional theatre audiences gets older, he thinks we need to do more to welcome new audiences and engage with them to get them into our theatres.

When he returned to Scotland, he set about using data analysis, to support new writing, and algorithms to understand what audiences want to see from the arts industry. He also spent time with consultants, which allowed him to gain an insight into what he needed to succeed.

Launching his company during the COVID crisis was an indication of the sign of the times as he advertised for seven actors for the first of its three releases, and had over 10,000 applications, crashing his website! It happened again with sound engineers, with over 1,000 people applying for one role. It reinforced and highlighted a desperate time for the arts industry.

He knew he had to think bold, think differently, and think internationally and the fruits of his hard work have paid off.

The organisation now has three audible productions available worldwide via Amazon, Audible, and iTunes. Audiences can also listen to interviews with cast members and playwrights through his own Insights Podcast.

Upcoming productions include The Price of A Fish Supper by Catherine Czerkawska; King of Scotland by Iain Heggie; Building Bridges by Marie Dunlop; and Douglas by John Home.

The Grey Hill is currently working on its second season for 2021.

In its early stages of development, The Grey Hill won two awards – the Innovative Idea Prize from Robert Gordon University and The High Commended Award from the Scottish Institute for Enterprise.

Receiving these awards early on in its start-up has allowed the company to be forward thinking and innovative in its plans for a digital cultural sector to fulfil its values for innovation, growth, reputation, relationships and community. It has also allowed the company to achieve its goal to produce quality productions.