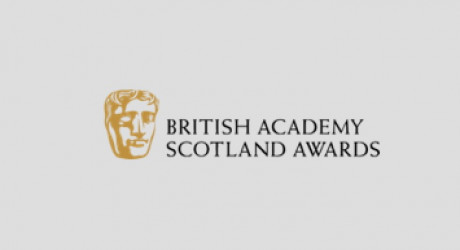 During his illustrious 70-year career, he has worked with everyone, from Bing Crosby to Rikki Fulton and Julie Christie to Leslie Phillips.

He has also built a fanbase that includes fellow comedians such as Sir Billy Connolly, due to his comic turns, from the Queen to the Pope, and his unforgettable sketches like the much-loved Parliamo Glasgow.

Stanley Baxter made his television debut in 1952 on the BBC’s Shop Window, this was followed by guest appearances on a number of variety shows with his major television break coming in 1959, with the BBC’s satirical sketch show, On the Bright Side, for which he was awarded the BAFTA for Light Entertainment Performance.

However, it was The Stanley Baxter Show, which aired on the BBC between 1963 and 1971, that cemented his reputation and catapulted him to television stardom.

During this time, he also demonstrated his incredible versatility with an assortment of other television work. This included Galton and Simpson’s Comedy Playhouse Lunch in the Park and also Dennis Potter’s Wednesday Play, The Confidence Course which was broadcast in 1965.

It was and remains, however, his incredible comedic performances that the legendary entertainer is most remembered, and in particular The Stanley Baxter Picture Shows. Packed with lavish costumes and sets, Baxter’s one-man tour-de-force performances became must-see television, attracting audiences of around 20 million and winning him a BAFTA for Best Light Entertainment Performance in 1974.

The series was also awarded the BAFTA for Best Light Entertainment Programme two years running in 1974 and 1975.

Phyllis Ironside has worked in the film and television industries as an editor, working on award-winning programmes across all genres, for over 40 years.

Documentary is the core of Phyllis’s work and she has edited programmes across the range, from BBC Scotland’s ex-s to Omnibus and Imagine, exploring fine art, literature, ballet and theatre.
Collaborating with many directors and producers throughout their careers, she has always encouraged and guided new practitioners, helping them to fully understand the craft of film making. She believes passionately in the importance of editing as a tool of the film maker and the responsibility that it bears.

Jude MacLaverty, director of BAFTA Scotland, said: “We are delighted to be presenting this year’s Outstanding Contribution Awards to two exceptional recipients, each representing outstanding talent in their fields.

“Stanley Baxter is one of the true creative geniuses in British television light entertainment, who combined superbly observed, written and performed comedy in a truly unique and unforgettable style. Phyllis Ironside is a highly respected member of the industry in Scotland, renowned for her editing skills as well as her integrity with her CV reflecting the best of programming making in Scotland.

“Both Stanley Baxter and Phyllis Ironside, have created work that is not only recognised by their peers and the public, but that has also inspired future generations of film and television makers. We are honoured to present the awards and look forward to recognising their outstanding achievements on Tuesday 8 December.”

The British Academy Scotland Awards will take place on Tuesday 8 December as a closed-studio, socially-distanced show.

Edith Bowman will host the digital ceremony on 8 December, 19:00 GMT on BAFTA social channels including youtube.com/bafta and followed by a highlights show on BBC Scotland at 22:00 GMT.

Photography is available at www.bafta.thirdlight.com

Through its awards ceremonies and year-round programme of learning events and initiatives – which includes workshops, masterclasses, scholarships, lectures and mentoring schemes in the UK, USA and Asia – BAFTA identifies and celebrates excellence, discovers, inspires and nurtures new talent, and enables learning and creative collaboration. For advice and inspiration from the best creative minds in working in film, games and television, visitwww.bafta.org/guru .

BAFTA Scotland is at the core of Scotland’s screen industries, regularly engaging its members and the wider industry while reaching out to the public via a comprehensive range of screenings, educational events and masterclasses, including the annual Guru Live Glasgow event, an opportunity for the public and emerging talent to be inspired by a series of masterclasses and panels with industry professionals. For more, visit www.bafta.org/scotland