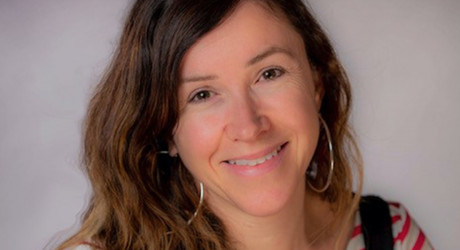 BBC Scotland has appointed its current Digital and Youth commissioner, Louise Thornton, as its new senior head of Commissioning.

Louise has worked with the BBC since 2002, when she joined as a trainee. Since then, she has worked across a number of editorial roles, including with Online, Knowledge and Learning, and the award-winning BBC The Social, before taking up her digital and youth commissioning role three years ago.

In her present role, she has commissioned varied and innovative content across BBC Scotland’s platforms, building a strong reputation for developing new talent, attracting a younger audience and growing our digital offering.

She has numerous television and online credits to her name including the BAFTA Scotland-nominated Being Gail Porter, Black and Scottish and Sink or Skim and has  developed strong relationships across Scotland’s independent sector as well as educational and artistic establishments through her work with Bitesize and  Scenes for Survival.

In her new role, she will be responsible for devising and delivering a commissioning strategy to create great content across radio, TV, online and social for all audiences.

She said: “Over the last few years we’ve built up a fantastically creative commissioning team who’ve forged great relations with the creative sector throughout Scotland and beyond. That’s brought us a raft of programme awards and great audience appreciation so I’m thrilled and excited to be taking up the role of leading that team.”

BBC Scotland Director, Steve Carson, welcomed the appointment. He said: “Louise is an exceptional creative leader with a great track record of spotting and developing new talent and a deep understanding of how we can serve audiences across all our platforms. There is already a group of exceptional commissioners in place and they’ll continue to do a great job with Louise at the helm.”

Louise will take up her new role early next month.