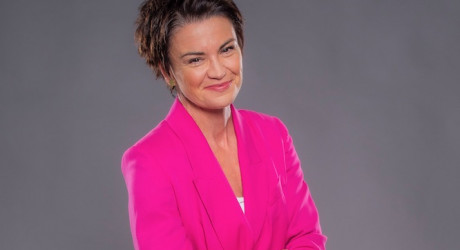 BBC Scotland’s news and current affairs programming on Sunday mornings will have a new look and sound from 7 February, with the launch of The Sunday Show.

The multi-platform programme which will feature agenda-setting interviews, news and analysis will be fronted by experienced BBC Scotland journalists, Martin Geissler and Fiona Stalker (pictured).

Martin will join Fiona in the radio studio, contributing his analysis of the interviews and the big political stories as they develop during the morning.

The Sunday Show will have a diverse range of guests from politics and the world of culture and arts, will include analysis of the Sunday papers and will also feature in-depth reports and podcasts.

Gary Smith, BBC Scotland’s head of News and Current Affairs, said the new content will build on the success of Politics Scotland on television and Good Morning Scotland on radio.

He said: “We already have a strong track record of breaking stories on Sunday mornings which set the agenda for the rest of the weekend and for the start of the week.

“The new programme will replace the Sunday edition of Politics Scotland and Sunday Good Morning Scotland. They’ve both been excellent programmes over the past years and I’d like to thank everyone who made them such a success. Many of the best elements of both programmes will feature in the new show.

“Fiona and Martin are outstanding journalists who will deliver great content for our audiences with this new format in what will undoubtedly be a year of significant news stories in politics and beyond.”

Martin said: “I can’t wait to get started on the new show. The two-hour window will give us a great opportunity to carry out in-depth interviews with the country’s key decision-makers and influencers and produce a detailed examination of the big issues for our audiences.”

Fiona said: “We’re looking forward to hearing from the big names and asking the questions our audiences want to hear answered. The Sunday Show will build on the tradition of delivering headline-making interviews, analysis and news.”

The Sunday Show will have a longer run than Politics Scotland, airing for an additional four weeks across the year. Sunday Morning, the two hour BBC Radio Scotland programme which features music and conversation from a faith and ethical perspective will have an earlier start – 8.00 am – as a result of the schedule change.