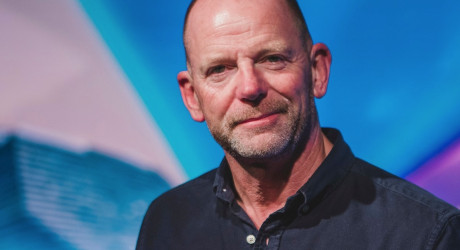 STV has promoted news producer, David McKeith, to the role of editor of the broadcaster’s STV North division.

A key player in the STV News operation in the north for almost three decades, McKeith first joined STV – then known as Grampian Television – in 1992. He had previously been a reporter at The Sunday Post.

McKeith, who was born in Perth and grew up in Dunfermline, initially worked on early morning bulletins on GMTV, before becoming a presenter on nightly news programme, North Tonight.

In 2006, he stepped behind the camera to work in production roles, primarily on the STV News at Six, which won the RTS Scotland award for best news programme in 2020 and, across the country, is regularly the most-watched news programme, often achieving ratings of more than half a million.

David McKeith’s career has seen him cover many of the biggest stories to affect Scotland in recent memory, from the Piper Alpha tragedy and Lockerbie bombing, to the 2005 G8 summit in Gleneagles.

He takes over his new role from long-serving editor, Donald John MacDonald, who sadly died in December. STV will announce details of how it plans to honour MacDonald’s legacy at a later date.

Former news organiser, Fiona Steele, has also been promoted to the role of producer, Newsgathering, at STV North.

David McKeith said: “It’s a genuine privilege to take on the role of editor at STV North, but tinged with sadness following the death of my predecessor and friend, Donald John MacDonald.

“STV North’s transmission area is unique and our ambition remains to bring our viewers the distinctive perspective to our coverage that sets us apart. I’m proud to be leading a fantastic team who will build on Donald’s legacy and continue to deliver the news that matters to our audience at a time of such uncertainty and change.”

Linda Grimes-Douglas, head of News & Current Affairs at STV, said: “While we’re all still mourning the untimely loss of Donald John MacDonald, it’s heartening to know that the tremendous work he did to make STV North such a revered force of local news in Scotland will continue under the leadership of David McKeith.

“David is already something of an STV stalwart, having been with us for nearly 30 years, and I’m looking forward to seeing where his passion for the north of Scotland, sound editorial judgement and deep understanding of our audience will take STV North in the future.”