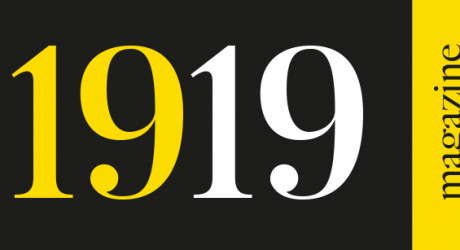 1919 is a free monthly digital-only magazine, focusing on topics such as policing, crime, politics, public policy and current affairs.

Its first edition includes an exclusive report on a major new study which reveals the mental health of Police Scotland officers is at risk.

The publication also includes an interview with Karyn McCluskey, chief executive of Community Justice Scotland, on her crime prevention quest; a spotlight on the challenges of policing Euro 2020 during a pandemic; and a behind-the-scenes look at wildlife crime in Scotland.

Regular features include ‘On the beat/In the dock/In the corridors’, which this month has exclusive details on the horrific injuries suffered by a PC who was attacked while responding to an incident last year.

The first edition also probes how the discovery of dismembered body parts in rural Dumfries and Galloway led to the development of forensic science in policing.

The magazine can be read at 1919magazine.co.uk.

1919 Magazine is editorially independent and the publication is led by Scottish Writer of the Year, Gemma Fraser.

The project is being funded by the Scottish Police Federation and its inception and ongoing operation is led by experienced former journalists, Alan Roden and Adam Morris, from Quantum Communications and Shorthand PR, who are also part of the editorial team.

An editorial board is chaired by David Hamilton, chair of the Scottish Police Federation.

Writing in the introduction to 1919, Gemma Fraser, head of content, said: “After the past 14 months, which has seen the global pandemic hit almost every industry to varying degrees, it is with an element of disbelief that I am writing this introduction to a brand new magazine.

“The media industry, of course, has not escaped the impact of the virus, but its relevance in society has never been so important.

“Scotland already has a strong and successful media, with an abundance of award-winning journalists, newspapers dating back more than two centuries, a wide array of consumer and specialist magazines as well as an ever-increasing pool of news websites.

“The team behind 1919 is delighted to be able to add to this incredible media landscape and proud to be able to offer freelance opportunities to Scotland’s talented journalists, commentators and photographers.”