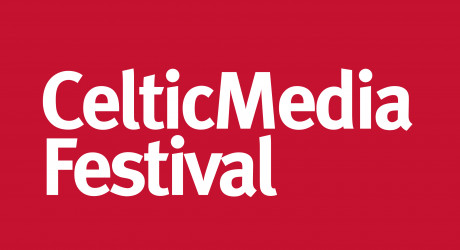 THE Celtic Media Festival, the prestigious media festival in the Celtic nations, has revealed the names for its esteemed Torc Awards For Excellence.

The winners will be announced at this year’s debut digital festival, hosted on a bespoke platform and
taking place 7-9 September and, for the first time in its history, the Celtic Media Festival will be free of charge to all delegates.

Nominees from across the UK, Ireland and Europe will compete across 26 award categories, including Current Affairs, Comedy, Radio, Arts, Factual and Sport.

Celtic Media Festival is proud to announce two new awards categories this year: Feature Documentary and Live Music Programme, which will showcase the rich talent on offer in those areas.

In Factual Entertainment, nominees include: Frankie Boyle’s Tour of Scotland (BBC 2), which explores his home country of Scotland as he goes on his first stand-up tour since 2012, and Rhod Gilbert’s Work Experience – Care Worker (BBC Wales / BBC One Wales) where Rhod takes on his toughest challenge yet – being a carer.

In the History category, the landmark documentary, Choose Life: Edinburgh’s Battle Against AIDS (BBC Scotland) is nominated which examines the ten-year period between 1979 and 1989 meeting those doctors, heroin addicts, police and locals caught up in events they could barely understand.

In Single Drama, the nominees include Ordinary Love (Canderblinks Film), starring Lesley Manville and Liam Neeson, which tells the story of love, survival and epic questions about life through the relationship of Joan and Tom, as after a lifetime together Joan is diagnosed with cancer and the course of her treatment shines a light on their relationship.

Nominees in Feature Documentary include: The Dark Shadow of Murder (BBC Scotland) and Lost Lives (BBC).

For the first time ever, nominees have been announced for the Gold Torc for Spirit of the Festival. In previous years, international juries would choose the award from the list of all nominees, But, for the first time, national screen juries have picked their choice for the award, the winner of which embodies the spirit and ethos of the Celtic Media Festival.

Festival director, Catriona Logan, said: “In what has been a tough time for everyone, it’s heartening to see that the spirit of creativity in the Celtic nations and regions has not been diminished. We are, as ever, blown away by the talent of all our entrants and wish to congratulate our nominees. The awards in September will be one to watch!”

MEDIA RELEASE issued by the Celtic Media Festival. You too can share your stories (aka press or media releases), on this site. Email here for more information.