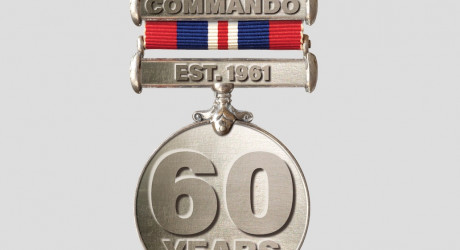 First published in 1961 by DC Thomson Media, Commando has thrilled its readers, aged 8-80, with over 5,000 issues of adventure, heroism, and comradery.

For six decades, Commando has printed four issues every two weeks, with each story focusing on the struggle against adversity, a tale of action and adventure that can be set against the background of the Roman invasion of Britain or the battlefields of Nazi-occupied Europe or, sometimes, the imagined battleground of the future.

Alexandria Turner, editor-in-chief of Kids’ Magazines and Comics at DC Thomson
Media, said: “Commando is a veteran of British comics that continues to thrive, and
we’re thrilled to celebrate its 60th anniversary with our readers. The comic has
stayed true to key aspects of its heritage while taking risks and diversifying to
stay relevant to today’s reader.”

And the comic has continued to entertain loyal readers despite the current
coronavirus pandemic. Despite the challenges of the team working remotely across the globe, and publishing and distributing the comic, Commando has continued to flourish with a 21.4 per cent increase in subscribers in the past year.

To mark the 60th anniversary, Commando is releasing nine special issues starting with a reprint of the very first issue, ‘Walk – or Die!’ with a brand-new cover by
British comics legend, Ian Kennedy.

The four comic books are all brand-new stories written by the Commando team and past editor, Calum Laird – including a World War Three science fiction adventure and the long-awaited sequel to issue #1.

This set also features an exclusive collection of cover art prints for subscribers.

Capping off the celebration, the final set is on sale 8th July, and consists of four classic issues from the Golden Age of Commando voted for by fans and topped off with brand-new covers from modern artists.

Ian Kennedy, who first started illustrating for Commando in 1970, said: “When the
first Commando hit the shelves, I had been freelancing for seven years. The next, as
they say, is history!

“What followed has been, as far as I am concerned, a long, friendly, as well as
professional collaboration with each and every editor, to date. As to the future, I am confident that Commando will continue to maintain its well-deserved reputation
for all round top quality!”