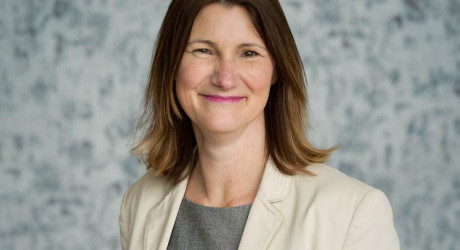 WOMEN’S Enterprise Scotland (WES) – the Community Interest Company which works to close the gender gap in enterprise – is marking its tenth anniversary by calling for the realisation of a promised National Women’s Business Centre model.

WES was established a decade ago as a research-led, not-for-profit Community Interest Company which champions women-led and women-owned businesses.

The call follows a Scottish Government commitment to invest £50m in the creation of a National Women’s Business Centre – as reported, here.

Carolyn Currie, CEO of Women’s Enterprise Scotland, commented: “We are immensely proud of what WES has achieved over the past ten years.

“Our newly-published Impact Report outlines how far things have moved on in the last decade.

“However, what it also highlights is how much work there is still to do if we, as a nation, have an ambition to close the gender gap in enterprise participation.

“That’s why WES is calling for the establishment of the National Women’s Business Centre, a model which could transform Scotland’s economy.”

The Alison Rose Review of Female Entrepreneurship (2019), commissioned by the UK Treasury, revealed that female entrepreneurs typically have to start businesses with only half as much capital as men.[1]

The Review also identified that up to £250 billion of new value could be added to the UK economy if women started and scaled new businesses at the same rate as UK men.

It confirmed that women have fundamentally different experiences to men in business, including access to finance, disproportionate caring responsibilities, access to networks, mentoring and role models.[2]

The COVID-19 pandemic also served to heighten these barriers, with women far more likely to be juggling business and domestic responsibilities and more likely to work and be business owners in the sectors put in jeopardy by the crisis. They are under considerable pressure as they rebuild and emerge from the challenges of the past two years.

To mark its tenth anniversary, WES has issued an Impact Report outlining achievements in the bid to close the gender gap in enterprise participation, as well as the significant work still to be done.

Most recently, the WES Ambassador programme has been boosted, with a cohort of 35 new pioneering Ambassadors announced last week, taking the innovative role model programme to over 70 women business owners from across Scotland.

Additionally, as part of its tenth anniversary, WES has completed a comprehensive rebranding exercise in conjunction with Glasgow-based 999Design.

Lewis Macintyre, design director at 999, commented: “The new brand identity embodies the ethos of the organisation which is all about connection and collaboration – WES pairing their expertise, mentoring SMEs and enterprises, looking for new paths to grow and develop, and ultimately fulfilling their clients business ambitions.

“The logo and graphic elements symbolise these paths, connections and relationships. The look is bold, dynamic and exciting and we’re really enjoying the rollout across all online and offline touchpoints.

Currie continued: “Women-owned businesses in Scotland are now just 14 per cent of SME employer businesses[3], down from 20.6 per cent in 2017[4].

“It is simply inexcusable that we are leaving billions of pounds on the table that could be going into the economy if we just put the resources in place to allow women to achieve their business and economic ambitions.

“That is why we need meaningful plans for the proposed National Women’s Business Centre realised as soon as possible, to put in place the gender-specific support and resources women need to start and grow sustainable, thriving businesses and play their rightful role in transforming Scotland’s economy.”

In a bid to provide support for women at the pre start-up and start-up stages of their business journey, Women’s Enterprise Scotland launched the digital Women’s Business Centre in June 2020. One of the first, freely-accessible digital platforms of its kind, www.womensbusinesscentre.com has had over 10,000 visitors since its launch and membership is currently well over 1,000 and growing daily.

For further information about Women’s Enterprise Scotland, please contact Gaynor Simpson at gaynor@wescotland.co.uk and on 07790104073.