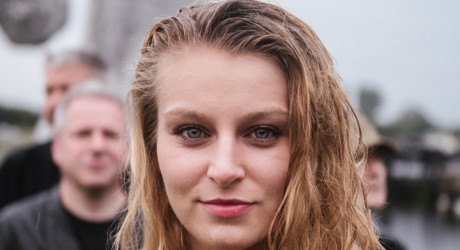 Royalty-free visuals and audio at https://thefirrenes.com/resources/

EDINBURGH band, The Firrenes (it rhymes with ‘beans’), have announced their first gig in their hometown since the pandemic struck.

It’s at the Voodoo Rooms on West Register Street on Saturday 12 March 2022. Doors open at 7.30pm and the band take the stage at 8pm, playing two, 50-minute sets with a brief interval in between.

Tickets are just £10.00, from Tickets Scotland or at the door (subject to availability).

Julian’s opera, The Turing Test, was a sell-out hit on the 2007 Edinburgh Festival Fringe, and his follow-up opera, Breathe Freely, was released in 2015 on the prestigious Linn Records label in a co-production with Scottish Opera.

Walt is a seasoned player originally from Lanarkshire; Tony played professionally as a studio drummer in London for many years, while John is a classically-trained pianist, formerly based in Vienna. Fiona is a graduate of the Royal Conservatoire of Scotland, and joined the band in summer 2019.

Jules (aged 51) said: “When a lull in classical and theatre commissions arose a few years ago, I jumped at the chance to put together the band I’d been dreaming of for a decade or more.

“I have always instinctively known that the frontiers between ‘popular’ and ‘serious’ music are essentially fluid. I think this is clearest when you listen to the crowning achievements of popular music such as The Beatles’ Sergeant Pepper and David Bowie’s greatest works.

“I have had the privilege to work in the classical field with many of Scotland’s finest players and ensembles, including the Scottish Chamber Orchestra and Scottish Opera. It was wonderful to be able to invite some of my classical colleagues to play on The Firrenes’ debut album, Door Too Wide, along with my old pal, Ricky White who I’ve known since my school days in Leith. Ricky joined us on pedal steel via the Internet from Indiana, USA.”

The band have played to packed houses in Berlin, Edinburgh and elsewhere, and enjoyed extensive radio airplay across the globe, racking up over 230,000 YouTube views in the process.

The Firrenes were astonished when Michael Eavis, founder of the Glastonbury Festival, turned up unannounced at the Edinburgh launch gig for their first single. It turned out Eavis was on holiday in Scotland at the time, and the gig had caught his eye in the Scottish press.

Royalty-free visuals and text in electronic form at www.thefirrenes.com/resources

MEDIA RELEASE issued by Julian Wagstaff. You too can share your stories (aka press or media releases), on this site. Email here for more information.