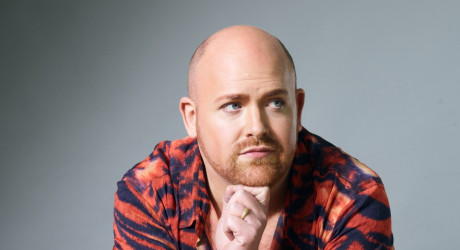 GOLDA Rosheuvel (Queen Charlotte in Bridgerton) and Nicky Spence, the Scottish tenor currently presenting Anyone can Sing on Sky Arts, have today been announced as the first-ever patrons for the Isle of Mull-based venues, An Tobar and Mull Theatre.

Chief executive and artistic director, Rebecca Atkinson-Lord, said: “I am delighted to welcome Golda and Nicky as patrons of An Tobar and Mull Theatre. They are both trailblazers, making a huge contribution to their artform and the wider cultural ecology, and it is an honour to have them advocating for the work we make here on Mull.”

Golda Rosheuvel is a Guyanese-British actress and singer. Born in Guyana to a Guyanese father and an English mother, she moved to the UK when she was five. Her notable theatre roles include Serena in Porgy and Bess at Regent’s Park Open Air Theatre, Mercutio in Romeo and Juliet at Shakespeare’s Globe and, a female Othello in Othello at the Liverpool Everyman.

She plays Queen Charlotte in the Netflix period drama, Bridgerton, produced by Shonda Rhimes and was Shadout Mapes in Denis Villeneuve’s Dune (Warner Bros). Golda has holidayed on Mull since she was a child and is proud to join An Tobar and Mull Theatre as patron.

Golda Rosheuvel said: “The need to connect local storytelling with the wider world is the strength of this amazing theatre. I am proud to join An Tobar and Mull Theatre as patron and to support its continuing journey of historic storytelling.”

An artist of great integrity, Nicky Spence’s unique skills as a singing actor and the rare honesty in his musicianship have earned him a place at the top of the music profession.

The summer of 2021 saw Nicky return to the Glyndebourne Festival Opera as Tichon in Damiano Michieletto’s production of Káťa Kabanová, conducted by the festival’s music director, Robin Ticciati.

Future seasons see Nicky return to La Monnaie, L’Opéra national de Paris and the Metropolitan Opera. Nicky gives recitals internationally, appears in concert extensively and records prolifically. Upcoming recital appearances include Wigmore Hall, La Monnaie, the Janáček Brno International Festival and the Two Moors Festival. In 2020, he won the BBC Music Magazine Vocal Award and Gramophone’s Solo Vocal Award for his critically-acclaimed recording of Janáček’s The Diary of One who Disappeared. In 2022, he won the BBC Music Magazine ‘Personality of the Year’ Award, the organisers declaring him as a “true force of good”.

Nicky Spence added: “Being from rural Scotland myself, being part of the magic at An Tobar and Mull Theatre is a real privilege. The work they do in complementing the idyllic surroundings with homegrown, provocative and thoughtful offerings is astounding.”

An Tobar and Mull Theatre is a multi-artform creative hub on the Hebridean island of Mull. It is a place for joining in, with a welcoming and joyous heart. It tells stories that matter and it aspires to be an island voice on a national stage in an international conversation.

It supports art of all kinds for people of all kinds. Its aim is for its audiences to leave feeling nourished, connected, and understood. It values fun, openness, bravery, and generosity and aims for innovation in a sustainable way.

The art it makes is a beacon; a shining light guiding the way back to Mull.