Media release: Bringing the world to Aberdeen this month 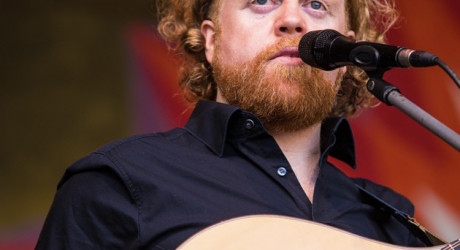 SHOWCASING the talents of the finest traditional singers in the country, the Aberdeen branch of the Traditional Music and Song Association of Scotland (TMSA) is delighted to host The World’s Room in Aberdeen on Friday 9 September.

This is the second event in Aberdeen – following in the footsteps of The World’s Room in Edinburgh – in bringing the finest traditional singers from Scotland and rest of the UK to perform.

The format of these evenings is the guest singer opening and closing each half with a song from several of the attendees in between, this leads to a fine mix of song and a feeling of everyone being involved in the evening entertainment. The branch is looking host three or four World’s Room per year.

On this 9 September, they are pleased to have as their guest Mr Steve Byrne.

Steve hails from Arbroath in Angus. He is best known for his work with award-winning Scots folksong band Malinky. A graduate of the School of Scottish Studies at the University of Edinburgh, in his time he has been Traditional Arts Officer for the city of Edinburgh; song cataloguer for the landmark Kist o Riches/Tobar an Dualchais sound archive project; and co-founded the Hamish Henderson Archive Trust to help secure the papers of the Scottish poet and folklorist.

With ‘Local Voices’ he runs public folklore workshops in communities around Scotland. In 2017, he worked as folk singing coach for Netflix’s Robert the Bruce epic, ‘Outlaw King’.

He is a devotee of the works of Violet Jacob and her fellow Angus poets, following in the tradition of the late great, Jim Reid. In 2019, Steve was voted Citty Finlayson Scots Singer of the Year in the Scots Trad Music Awards.

The event will be held at the Airyhall Community Centre, Countesswells Rd, Aberdeen AB15 8AD at 8.30pm with the doors open from 8pm. Entry is £7 paid at the door on the night. Bring your own refreshments. More details: www.facebook.com/AberdeenTMSA

TMSA Aberdeen Branch have an active event programme with a monthly singing session, Competitions Day and Ceilidh in March, the World’s Room evenings, two Doric Concerts in October and a St Andrews Ceilidh in November.

They also partner with other organisations such as SCaT to run workshops for young people and recently with TMSA Keith Branch to present the ‘Trad Time wi TMSA’ programmes aired on Keith Community Radio – available on 107.7fm or online at www.kcr.fm – details of these are posted on their Facebook page: https://www.facebook.com/AberdeenTMSA

The Traditional Music & Song Association (TMSA) of Scotland, set up in 1966, is a membership organisation whose core aim is to foster and promote Scotland’s unique musical traditions. The TMSA encourages both widespread popular participation and individual artistic excellence. Its branches provide opportunities for universal participation by running festivals, ceilidhs, concerts, workshops and competitions. The branches sustain the specific cultural traditions of their area, as well as those of Scotland generally as grassroots participation in traditional music and song involving all parts of the traditional community is fundamental to the continued authentic voice of professional performers and to the very cultural identity of Scotland itself. National work includes running the annual TMSA Young Trad Tour Project bringing together the winner and finalists of the BBC Radio Scotland Young Traditional Musician of the Year Award. It also creates an annual hard copy traditional music event calendar supported by website listings. More details at tmsa.scot