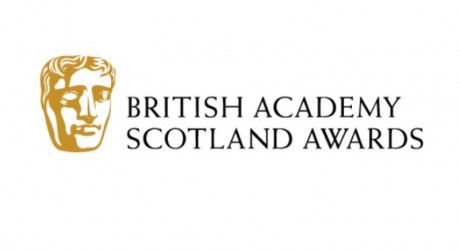 BAFTA is today announcing the nominations for its 2022 Scotland Awards.

The top nominated programmes/films are:

* Benediction, Our Ladies, and The Hunt for Bible John each receive two nominations.

The BAFTA Scotland Awards return this year, as one of the biggest celebrations of Scottish film, games and television talent.

Edith Bowman will return to host the ceremony, which will be held at DoubleTree by Hilton Glasgow Central on Sunday 20 November. Comedian/actor, Sanjeev Kohli, will be chatting to stars on the red carpet. The ceremony will be available to watch live on BAFTA’s YouTube channel, followed by a highlights programme on BBC Scotland later that evening.

The BAFTA Scotland Audience Award, in partnership with Screen Scotland, also returns for 2022. The public and a jury comprised of the Scottish media have selected six individuals to compete for their favourite Scot on Screen. A public vote opens today for three weeks, and the winner will be announced at the ceremony on Sunday 20 November, by presenter, Jean Johansson.

Highlights from today’s nominations include:

Host, Edith Bowman, said: “I can’t believe I get to host the wonderful BAFTA Scotland awards again, it’s a genuine honour. The list of nominees are not just impressive but inspiring, the wealth of creative talent and craft that exists in Scotland makes me so proud. I can’t wait to celebrate with everyone on 20 November.”

Jude MacLaverty, director of BAFTA Scotland, said: “The strength and breadth of this year’s nominations are testament to the dedicated, creative and extraordinarily talented people working in the Scottish screen industries.

“Yet, 2022 remains an uncertain and challenging time for the sector, and as an arts charity we understand the incredible financial pressures that organisations and individuals are currently facing.

“In showcasing and celebrating all the nominees at the ceremony next month, the BAFTA Scotland Awards will be an opportunity to reiterate the case for support and recognition of Scotland’s incredible creative community and its phenomenal output.”

For all media enquiries regarding the nominations and the ceremony please contact: Gillian McCormack

BAFTA provides a selection of free-to-use press imagery on Wednesday 12 October from 10.00 GMT via https://bafta.thirdlight.com/link/BAFTAPressImages/ (terms and conditions for use are included within the link).

BAFTA – the British Academy of Film and Television Arts – is a world-leading independent arts charity that brings the very best work in film, games and television to public attention and supports the growth of creative talent in the UK and internationally.

Through its awards ceremonies and year-round programme of learning events and initiatives – which includes workshops, masterclasses, scholarships, lectures and mentoring schemes in the UK, USA and Asia – BAFTA identifies and celebrates excellence, discovers, inspires and nurtures new talent, and enables learning and creative collaboration.

Since 1986, BAFTA Scotland have championed the film, television and games industries in Scotland by celebrating excellence, identifying and supporting new Scottish talent. The annual BAFTA Scotland Awards celebrate and reward the highest achievements in Scottish film, television and games talent. We also run a year-round learning programme for new talent across the country as well as an industry-facing screenings and events programme.