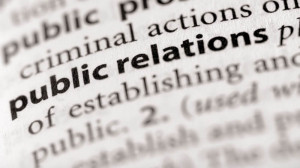 MUSIC talent is thriving across UK, with over three-quarters of the UK artists scoring No.1 albums in the year to date coming from outside London, according to analysis of Official Charts data by the BPI, the representative voice for independent and major record labels across the UK.

While US singer-songwriter Taylor Swift led 2022’s vinyl albums market, the vast majority of the year’s biggest-selling new albums across all formats combined were by solo artists and bands from almost every nation and region of the UK. This reflects a year to date in which around 77 per cent of the UK artists who topped the all-format Official Albums Chart grew up or formed their bands outside London.

In total, there were 30 different No.1 albums by UK artists throughout the year. Ten of the UK’s 12 nations and regions were represented, highlighting that successful music recording artists – backed by record label investment and support – come from all parts of the UK and are representing a diverse range of genres, from alternative rock and pop to grime and rap and dance.

North West England was one of the most heavily represented regions outside London with five chart-topping albums in 2022, led by Harry Styles who grew up in Holmes Chapel, Cheshire and whose third solo album Harry’s House spent six weeks at No. 1, the longest chart-topping run this year.

Besides Harry Styles, the artists from North West England topping the Official Albums Chart this year included Liverpool band The Wombats (Fix Yourself, Not The World), Stockport group Blossoms (Ribbons Around The World), Manchester-born Liam Gallagher (C’mon You Know) and Wilmslow, Cheshire four-piece The 1975 (Being Funny In A Foreign Language).

There was also a strong representation from Yorkshire and the Humber with the region delivering four artists who reached No.1 this year, comprising Harrogate’s Olly Alexander aka Years & Years (Night Call), Yungblud (Yungblud) and Louis Tomlinson (Faith In The Future), who are both from the South Yorkshire city of Doncaster, and Paul Heaton and Jacqui Abbott (N.K.Pop), who first performed together in Hull band The Beautiful South. The region was unlucky not to score a fifth 2022 chart-topper as Sheffield band Arctic Monkeys just missed out on debuting at No.1 with The Car, despite opening with one of the biggest sales totals of the year.

SJM Concerts artist manager, Conrad Murray, who represents artists including Blossoms and Paul Heaton and Jacqui Abbott, said: “It’s no surprise that most of the UK talent who reached No.1 in 2022 are from outside London. As a Manchester-based manager, it’s been evident for a long time that you don’t have to be in the capital to succeed – the artists I represent are testament to that. Blossoms started out a decade ago in Stockport, where they grew up, and have now scored three No.1 albums, including Ribbon Around The Bomb.

“And since the first Housemartins LP back in the Eighties, tellingly called London 0 Hull 4, Paul Heaton has been living proof of the exceptional music talent that exists across the entire UK. All these years later, alongside his long-time collaborator Jacqui Abbott, he is still making brilliant No.1 albums.”

Artists from Scotland and Wales both led the Official Albums Charts during the year. Paisley singer-songwriter Paolo Nutini reached No.1 in July with Last Night In The Bittersweet, while four months earlier rock band Stereophonics, who were formed 30 years ago this year in the village of Cwmaman in the Cynon Valley, clocked up their eighth chart-topping album with Oochya!.

Dan Jenkins, Raw Power Management artist manager whose roster includes rock band, Don Broco, said: “Over the years, Don Broco have diligently built a fanbase through global touring, playing countless festivals and continually releasing records that separate them from their peers, culminating this past year with a first ever No.1.

“The success of Amazing Things was made even more special by the enormous logistical challenges putting out the album, as global vinyl shortages caused by the pandemic meant we had to delay its physical release by several months. This was a great opportunity to extend the campaign, ahead of the anticipated release on vinyl and CD, which saw the band at their creative best across a multitude of different formats, being able to top the charts with the physical release. It shows the level and commitment of fans this band do really have.”

Isle of Wight indie rock band Wet Leg (Wet Leg) were among the artists from South East England who topped the Official Albums Chart this year. There were also No.1 albums from Hampshire singer-songwriters Rex Orange County (Who Cares?) and Frank Turner (FTHC), while from the South West, Teignmouth, Devon band Muse achieved their seventh No. 1 album with Will Of The People.

Rappers Central Cee (23), Digga D (Noughty By Nature) and Stormzy (This Is What I Mean) were among London artists to lead the Official Albums Chart in 2022.

Additionally, No.1 albums by artists from the capital were achieved by Bastille (Give Me The Future), Florence + The Machine (Dance Fever), Jamie T (The Theory Of Whatever) and Steps (Platinum Collection).

Geoff Taylor, chief executive BPI, BRIT Awards and Mercury Prize, said: “Scoring a No.1 album is high on the list of ultimate career goals for most artists, but one only a relative few fulfil. However, as the class of 2022 makes so clear, no matter where you are from in the UK, with the right music talent and support this is an achievable dream.

“From Scotland to the Isle of Wight off the south coast of England, chart-topping artists came this year from almost every region and nation of the UK.

“Backed by the investment and support of record labels, this rich spread of artistic excellence is one of the cornerstones of why the UK has flourished as a music superpower for many decades, but we must not take this for granted.

“With the global music industry more competitive now than it has ever been and successful artists coming from absolutely everywhere, the talent we are blessed to have needs to be cherished, supported and protected so it can reach its full potential.”

Artist and title (Town/city, region/nation where artist grew up or where band were formed)

NEWLY-released albums are claiming an ever greater share of vinyl LP sales, with the year’s ten biggest sellers to date1 set to include eight titles released in 2022, according to analysis of Official Charts data by the BPI, the representative voice for independent and major record labels across the UK.

Taylor Swift’s Midnights ranked as the year’s most popular album on vinyl in the UK, heading a Top Ten that also included 2022 releases by Harry Styles (Harry’s House), Arctic Monkeys (The Car), Liam Gallagher (C’mon You Know), Wet Leg (Wet Leg), The 1975 (Being Funny In A Foreign Language), Fontaines D.C. (Skinty Fia) and Muse (Will Of The People).

The sales of these albums contributed to a UK vinyl market that is expected to grow for a 15th successive year in 2022, reaching its highest volume level since 1990.

Final figures for vinyl LP sales in 2022 will be announced by the BPI on 4th January 2023 as part of its Official 2022 UK Music Market Update, which will also report on CD and cassettes sales along with the total volume of audio streams for the year and
year-end Official Charts.

The presence of such a high number of current albums among the year’s top sellers marks a further notable shift in the make-up of a market whose revival over the past decade and a half has previously been mainly driven by catalogue titles.

Just half of the ten biggest vinyl LPs of 2021 were albums released that calendar year, while five years ago classic albums by the likes of The Beatles, David Bowie, Oasis and Pink Floyd dominated 2017’s Top Ten sellers with releases by Ed Sheeran, Liam Gallagher and Rag’n’Bone Man the only new titles to register.

The high number of new releases making up the top vinyl sellers of 2022 comes in a year which saw the three highest one-week sales for a release on vinyl this century.

Harry Styles’ album Harry’s House set a new record in May when it sold more than 36,000 vinyl LPs in its first week of release, only for two albums to beat that number in the same week in October: Taylor Swift’s Midnights, with an opening total of just under 62,000 vinyl sales, and Arctic Monkeys’ The Car, which started with close to 38,000 albums sold on vinyl. These albums ranked as the year’s top three vinyl sellers, with Midnights selling well over 80,000 copies on vinyl in 2022, more than any other album has managed in a calendar year this century.

The dominance of 2022 albums in the year-end vinyl chart marks a continuing shift in the market towards new releases. In 2017, albums released that year accounted for 31.3 per cent of sales of the year’s 100 biggest vinyl LPs with new albums occupying 31 places on the chart.

In five years, new titles have almost doubled their share of the top end of the vinyl market. They made up about 57 per cent of the sales of the Top 100 titles in 2022, with around 50 of these albums released this year.

Geoff Taylor, chief executive BPI, BRIT Awards and Mercury Prize, said: “Vinyl’s revival has been one of the most welcome success stories of recent times. While initially this renaissance was built largely on older music fans reconnecting with treasured past albums and on younger generations newly discovering classic releases, increasingly the ongoing rise in LP sales has been driven by brand new releases.

“A diverse and growing number of contemporary artists have recognised the enduring magic of this most beloved format, from global superstars such as Taylor Swift and Harry Styles to breakthrough UK talent including Wet Leg and Yard Act. As the LP marks its 75th anniversary in 2023, it’s as relevant as ever, highlighting that, in an age of streaming, physical music purchases remain an essential and healthy part of the music market.”