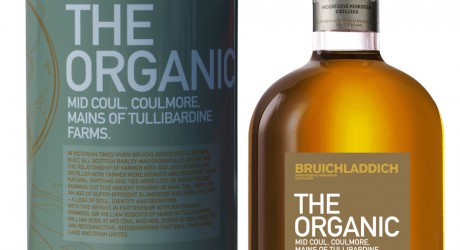 WHISKY drinkers with a green conscience can now tipple away on an organic Islay single malt.

The whisky island of Islay now has an organic whisky as Bruichladdich Distillery’s ‘The Organic’ is now available on general release, after a small, limited-edition bottling for collectors released last year.

“For ultimate complexity, the single malt was created by head distiller, Jim McEwan, using each of those three distinct origins that had been harvested, malted, distilled and matured separately.”

Distillery MD, Mark Reynier, said: “This is extraordinary stuff. It has a highly individual character: it’s intriguingly layered with astonishing definition, an intoxicating intensity, extraordinary purity, and a finish that is simply to die for. It’s truly one of a kind.

“Realistically, simply being organic does not automatically mean that something is any better than a non-organic version. But in this case it is clearly in a different league.”

The spokesperson continued: “Only three distilleries have ever marketed an organic single malt. Of those, Bruichladdich commissions the largest volume of organic barley of any Scotch whisky distillery; depending on harvest, almost half of Bruichladdich’s annual requirement is organically grown on Scottish farms.

“Based on the 2003 vintage, matured in American oak casks with a high percentage of brand new wood, the strength was reduced to 46 per cent with Islay spring water, bottled naturally (non chill-filtered and colouring-free) and certified organic by the Biodynamic Agricultural Association.

“The Organic now forms one of the central planks of the definitive Bruichladdich range. It retails at around £35 from Oddbins, whisky specialists and laddieshop.com.”

MEDIA RELEASE posted by Bruichladdich. You too can most media releases (aka press releases) on allmediascotland.com. For more information, email here.