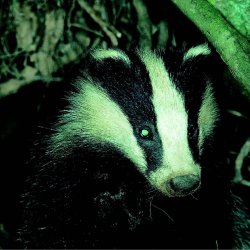 This year, the range of events on offer are strongly slanted towards to showcasing the area’s mammals, with badgers, red squirrels, wild cats, pine martens, bats and red deer playing starring roles in many of the activities.

Raptor watchers will not be disappointed with a series of specialist walks led by members of the Tayside Raptor Study Group taking place throughout the week.

Set against a backdrop of spectacular imagery, Peter reveals not only some of the most memorable encounters from ten years as a professional wildlife and conservation photographer, but how those encounters have shaped his thoughts about our own, changing relationship with the natural world.

From photographing birds in his own back garden, to his adventures with Wild Wonders of Europe, the world’s largest photographic initiative.

Adrian Davis, a wildlife tourism specialist and the driving force behind the festival, has been working tirelessly over the last two years to bring together a strong group of wildlife organisations to mount the nine days of events.

Adrian Davis, commented “We are very excited about launching the festival this autumn. We have a rich tapestry of wildlife in Highland Perthshire which is especially prevalent at this time of year and with the market for wildlife tourism clearly growing, we have a tremendous opportunity to demonstrate to people the wild beauty of visiting Highland Perthshire, not just in the Autumn but throughout the year.

“We want to ensure Wild Connections becomes a destination event in every wildlife lover’s calendar.”

The festival gets under way this weekend with a whole host of events taking place in the Dunkeld and Birnam area including the Wild Gathering, an open air wild market featuring wild herb collectors and organic food producers and crafts.

A series of free events will also be taking place throughout the day including nature cycling trails, orienteering, kids craft workshops and a wild food ramble, all of which start from the site located behind Stanley Hill behind the main public car park in Dunkeld.

Festivities continue long into the evening on Saturday with a Bat Walk starting at 6pm and a talk from WWF Scotland on protecting wild species at the Birnam Institute at 8pm.

For further information on the festival and the full series of events on offer visit www.wildconnections.org.uk