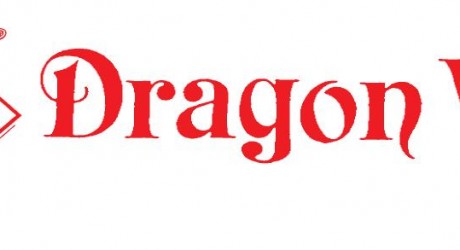 Since receiving his Halal Certification on 26th September 2010, innovative Edinburgh businessman, Michael Yip, who owns six restaurants across Edinburgh and the Lothian’s, is re-launching his Newington restaurant, Dragon Way, as fully Halal.

Says a spokesperson: “This is not the first time the inventive businessman has spotted a gap in the market.

“He recently launched Halal noodle bar WaWa, which offers customers the chance to ‘slurp and surf’ on one of six iPads whilst eating takeaway Halal noodles.

“The bar, on West Causewayside, has proved such a hit with its customers, it looks set to role out to other UK cities.”

Michael Yip, owner, Dragon Way Group said: “It was during the summer, at a charity event to raise money for the Pakistan disaster, I was asked if I could make the organisers a Halal Chinese meal. Edinburgh is famous for its restaurants, however Halal diners a very restricted in terms of where they can eat out.”

The spokesperson added: “Halal and its focus on ingredient purity, traceability, product content and production excellence is only part of the reason for the change at Dragon Way.

“Halal meat has a longer shelf life, arriving at the restaurant fresh rather than frozen. As there is no added water, the meat soaks up the marinade giving a more authentic depth of flavour.”

The spokesperson added: “Dragon Way, Newington may be leading the way as far as Halal Chinese restaurants are concerned; however, industry estimates suggest strong demand has resulted in about 40 per cent of poultry and 25-30 per cent of lamb consumed in the UK meeting Halal specification*.

“Halal meat is sold in many of our high street retailers as well as leading Scottish food producers, Crombies and Burton’s Biscuits Ltd**.

With food from a range of Chinese cuisines, including Peking, Lar Chee, Kon-siu and Szechuan, Dragon Way caters for students, families and business diners.

Following their recent refurbishment the decor is a wonderful mix of marble columns, gilt-framed faux oil paintings, ceiling ribbons of coloured lights, a cowboy with a guitar and the ubiquitous fish tank.

** Scotland Food and Drink Halal Food in the UK.

Michael Yip moved from Hong Kong in the early 1990’s to join his family in Glasgow where he was educated and brought up within the local Chinese/Muslim community.

A change of location to Edinburgh in 2001 brought fresh opportunities, adding three restaurants to the families growing portfolio. Michael quickly learned all aspects of the family business and by 2005 had expanded their existing Dragon Way chain to six restaurants.

A firm believer in social/cultural inclusion and creative enterprise, Michael’s innovative approach to business has led to a progressive expansion of his family business and he is currently at the planning stages to develop a UK wide franchising opportunity for his WAWA Noodle Bar.

In Arabic, Halal simply means permissible or lawful. Eating Halal food is obligatory for every Muslim. Most foods are considered Halal, except the following (which are Haram):

Pork and its by-products

Animals killed in the name of anyone other than Allah

The term, ‘Halal’, can also be extended to cover products containing alcohol, gelatine, enzymes, emulsifiers and preservatives derived from animals. It is estimated that the Global Market for Halal products is a $580 billion industry and comprises of approximately 1.6 billion Halal consumers.