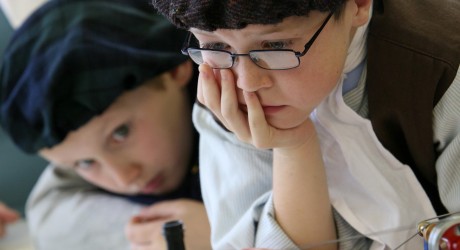 SCOTTISH Opera’s children’s opera James Watt: A Head of Steam, by Karen MacIver, has won the British Composer Award 2010 for a Community or Educational Project.

The production, with a libretto by Ross Stenhouse, was based on the life and work of Greenock’s most famous son, James Watt.

Begins a spokesperson: “Over 160  Inverclyde schoolchildren took part in the original project exploring the music, art, customs and lifestyle of people in the 18th century in south-west Scotland, which formed the backdrop to Watt’s incredible life.

“The project was developed to revitalise a sense of connection and civic pride in the area, and the 30-minute opera continues to be used as a resource in primary schools in Inverclyde.”

Scottish Opera’s director of Education, Jane Davidson, said: “We are delighted James Watt: A Head of Steam and Karen MacIver have been recognised at the British Composer Awards.

“At the heart of the opera are ideas about nurturing creativity and community involvement, which are two things we’re passionate about here at Scottish Opera, so it was a great project for us to work on.”