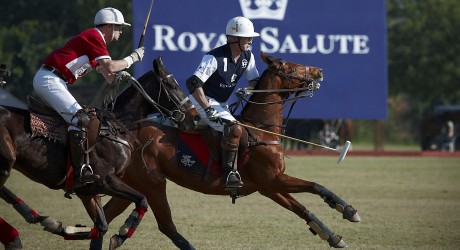 ROYAL Salute, the world’s leading luxury Scotch whisky is proud to announce its official support as title sponsor of Sentebale’s Polo Cup, which will be taking place on Saturday 19 March 2011 in Dubai.

Sentebale was founded by Prince Harry from the British Royal family and Prince Seeiso from the Lesotho Royal family in response to the plight of the neediest and most vulnerable of Lesotho’s people.

The pinnacle of Scotch whisky, award-winning Royal Salute was first created as the Ultimate Tribute to Her Majesty Queen Elizabeth II on her coronation in 1953. This defining luxury whisky has a very powerful and sophisticated style, which comes from the way it has been aged and masterfully blended.

MEDIA RELEASE posted by Richmond Towers. You too can post media releases (aka press releases) on allmediascotland.com. For more information, email here.