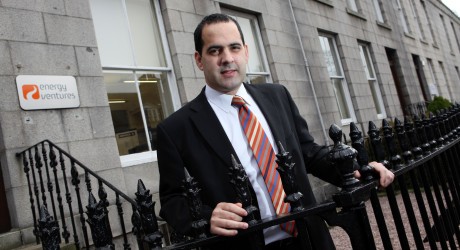 PRIVATE equity investment in UK upstream oil and gas technology firms will be boosted by an increase in exploration and production (E&P) spending – according to funding expert, Greg Herrera.

Mr Herrera said: “All the signs are that E&P spending will increase throughout this year and that presents new opportunities for companies like our own, paving the way for a fresh round of investments and greater support for existing portfolio companies.”

Mr Herrera said that, in 2010, at least 17 investors took part in 23 transactions to the value of £174 million, but with some deals not being made public, the actual sum invested in oil and gas technology concerns was probably around the £200 million mark.

He added: “I expect that to increase significantly in the next 12 months and the sums involved underline the global confidence in the UK’s cutting edge oil and gas.

“The good news for Aberdeen is that Europe’s oil capital remains the focal point for the majority of this investment activity.

“For our part, Energy Ventures alone was involved in ten deals worth £30 million in 2010, which allied to other investment partners, leveraged £52 million in to the upstream technology market and assisted in supporting around 200 jobs.

“The funds we operate are international, raised outwith the UK and could be invested anywhere, so the fact we continue to invest in Aberdeen and UK-based companies is testimony to the strength and versatility of those individual technologies and products, which are backed up by 40 years of North Sea expertise.”

Norwegian based Energy Ventures, which has an office in Aberdeen, last year made five follow-up investments with existing portfolio companies and five new UK investments, while other deals took place in Norway and the US.

Mr Herrera added: “Along with like-minded private equity firms, we are looking forward to supporting the next generation of North Sea innovators, advising them from start-up to market, and playing our part in cementing Aberdeen’s reputation as a centre of upstream technological excellence.”

Energy Ventures advises four oil and gas venture funds with a combined capital base in excess of US $400 million.

Energy Ventures has offices in Stavanger, Aberdeen and Houston. Target companies are located in the North Sea and North America with significant international potential. Investment drivers include new technologies and their application to enhance performance, raise productivity, reduce cost and open new markets.

Issued on behalf of Energy Ventures Limited by Sure Public Relations. For further information please contact Stephen Rafferty on +44 (0) 7980 598764 or email moreinfo@surepr.co.uk