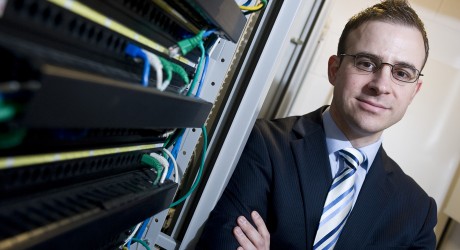 Gavin Henry, managing director of SureVoIP, attended the awards ceremony in the iconic BT Tower in London, on Monday, March 7, where the winners of the various categories were announced.

In order to make the shortlist, SureVoIP –– which became the first company in Scotland to achieve ITSPA Quality Mark accreditation in December 2010 – had to undergo a rigorous assessment process, which involved providing comprehensive details on its service offering, as well as a period of technical testing.

The testing element of the assessment stage entailed over 1,000 calls being made via SureVoIP’s internet telephony lines over a three month period to measure a number of metrics, including voice quality, delays and background noise.

Mr Henry commented on SureVoIP making the shortlist: “We were thrilled to be in the running for such a highly respected industry award.

“Simply being named as a finalist was a major, exciting achievement for SureVoIP, particularly considering the company has only been operating for a matter of months, having been launched in November 2010, although all services were quality tested over the previous year before launch.

“It was great to be part of the awards ceremony, which provided us with the opportunity to network with some of the major movers and shakers of the internet telephony sector.

“Making the shortlist – which involved SureVoIP being assessed by top industry professionals – highlighted the exceptional quality of service we already provide customers with and bodes well for the future success of the company.”

SureVoIP, which is a division of IT and telecoms support specialist, the Suretec Group, was established to harness and utilise the vast technical expertise and experience with VoIP suppliers, which the group had acquired through its initial services relating to VoIP consultancy.

Established in Scotland in 2003, the Suretec Group specialises in open source IT support and consultancy, open source telecoms and training in open source software. SureVoIP is the fourth division within the group, which also includes Suretec Systems, Suretec Telecoms and Suretec Training.

For further information about SureVoIP please call 01224 900 123 or visit www.surevoip.co.uk

Issued by Mackenzie PR on behalf of SureVoIP. For further information please contact Paul Beaton or Andrew Reid on (01224) 580 188 or email paul@mackenziepr.co.uk

MEDIA RELEASE posted by Mackenzie PR. You too can post media releases (aka press releases) on allmediascotland.com. For more information, email here.