Media Release: Hamilton Park in a world of its own as Westlife sign up for summer date 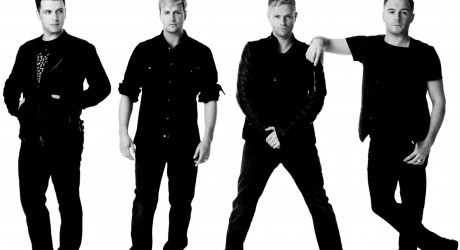 HAMILTON Park has today made its biggest ever music concert announcement by confirming that worldwide phenomena, Westlife, will perform a standalone live concert at the venue this summer.

Westlife – Nicky Byrne, Kian Egan, Mark Feehily and Shane Filan – have enjoyed an amazing 14 UK number ones and will appear at Hamilton Park on Saturday July 23, a year to the day since 13,000 fans packed the venue to see JLS.

Organisers expect another sell-out for the Irish supergroup and are again breaking new ground by holding two standalone concerts over one weekend – the second act, who will perform 24 hours earlier, will be announced in the coming weeks.

The confirmation that 44 million record-selling Westlife, with support from girlgroup Wonderland, are coming to Hamilton in July is expected to spark a clamour for tickets which go on sale from today – just hours after the four-piece performed in Glasgow.

Vivien Kyles, chief executive of Hamilton Park Racecourse, said: “To say we are thrilled to welcome Westlife to Hamilton Park this summer is most definitely an understatement.

“For a group of their worldwide fame and appeal to choose Hamilton Park for a summer date when they are in such high demand speaks volumes for our growing reputation as a venue of choice for the live music and entertainment industry.

“The JLS concert last year could not have gone any better but we are determined to keep testing ourselves as a venue which is why we will double to hosting two standalone concerts this year – and on the same weekend.

“There has been a fantastic buzz in the office since Westlife signed up and we are confident that excitement will be shared by the Scottish public – and added to when we make our second announcement. These really are exciting times at Hamilton Park.”

Westlife will be supported on the night in July by part-Irish, part English quintet Wonderland, the girlgroup formed by Louis Walsh and Westlife’s Kian Egan.

The back-to-back concerts mark more major progress in the development of Hamilton Park as a live music and entertainment venue after last summer’s first standalone gig featuring JLS resulted in a 13,000 sell-out crowd.

That gig was one of the venue’s highlights of 2010, which also included live performances by Olly Murs and Alesha Dixon, all combining to help Hamilton Park win the Lanarkshire Tourism & Leisure Award at the recent Lanarkshire Business Excellence Awards 2011.

Tickets for the concert come in four price categories:

HOSPITALITY SUITES: £125 per person – Hospitality suite within the grandstand, including balconied viewing area, three-course meal and car parking. Exclusive use of Hospitality suites available for groups of 12 or more whilst smaller bookings will be at shared tables in shared suites. (Only available directly from Hamilton Park).

STEP AND BAR VIEWING: £50 per person – Standing on stepped area with cover from the grandstand. Also includes access to the grandstand bars overlooking the stage as well as car parking. (Only available directly from Hamilton Park).

MEDIA RELEASE issued by The BIG Partnership. You too can post media releases (aka press releases) on allmediascotland.com. For more information, email here.