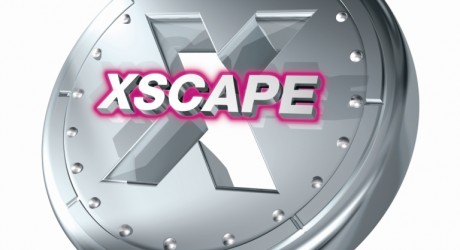 The doors opened to the public on a sunny April evening in 2006 with a launch night party that was attended by over 16,000 people including superstar, Dannii Minogue, as well as a glossy basket of home grown celebrities.

Since then the facility has become firmly established as one of Scotland’s most popular visitor attractions.

Nearly 14 million people have passed through its doors since 2006.

Each year since opening Xscape has seen a steady growth in visitor numbers.

Traffic through Xscape’s doors has averaged over three million visitors a year.

The landmark birthday will be celebrated in Xscape with a full programme of events, including fire eaters, stilt-walkers and super-celeb Ivana Frump. Scotland and Glasgow Warrior’s, Graeme Morrison, will join in the celebrations and model, Nieve Jennings, will bring some glamour to the proceedings.

Despite the recession, Xscape has seen year-on-year growth in footfall.

The good value offerings for all the family, an attractive mix of entertainment, hospitality and retail and a constant focus on innovation has proved consistently popular.

Recent trends towards value for money ‘staycations’ and ‘daycations’, as families demand high-quality entertainment without denting the household budget, has added to Xscape’s popularity.

“As someone who has been in the general manager’s seat since Xscape was a building site, the fifth birthday is a particularly important milestone for me.

“I’ve been able to watch the popularity of the place grow and being present when it was absolutely jumping with visitors is a great thrill.

“I never tire of welcoming people to Xscape and talking to them as they go home after a great day out.

“It has been hard work, but Xscape captured the imagination of people locally and from across Scotland.

“I’ve also enjoyed working with our tenant partners in the entertainment, food and drink and retail sectors.

“Most have been with us since the start and I’m delighted we’ve been able to welcome new facilities as we’ve gone along.

“Whether it’s a film premiere, a big holiday weekend or Stavros Flatley raising the mall roof, there’s nowhere quite like it.”

Celebratory support has come from a raft of Scottish notables.

“I do get really competitive when I play Laser Station & Adventure Golf !

“Afterwards, I often go for something to eat and a browse round the shops.

“Depending on how I’m feeling I sometimes try and squeeze in a movie or if I don’t have time for that I love to have great fun at bowling. Happy Birthday Xscape!”

“Five years ago, I moved back to Glasgow to captain my hometown club and now, just like Xscape, things have gone from strength-to-strength as I now captain my country as well.

“I wish Xscape a very happy fifth birthday and thank all the staff for looking after my teammates and I when we drop by to go to the cinema, eat in the many great restaurants and drop into the shops.”

“Happy fifth birthday to everyone at Xscape. FIVE YEARS ALREADY!… time flies by when you’re enjoying yourself… something that everyone who visits, does!’”

“Xscape is a great example of the very best in family entertainment.

“This year is the Year of Active, and Xscape couldn’t be a better venue for visitors from all over Scotland to get more active or have a more active experience during their visit.

“World-class, all-season destinations like Xscape are the sort of investment in the tourist infrastructure that will keep Scotland ahead of the game.

“Its range of activities have kept locals and visitors from all over Scotland, and all over the world, entertained for five years – we wish them well.”

“The year round, real snow facilities at SNO!zone at Xscape have transformed the training schedules for the Scottish Junior Ski team.

“The financial support and free slope time for the team through Xscape and SNO!zone’s sponsorship have been invaluable.

“The access to real snow no matter what the conditions is fantastic.

“Who knows how many young skiers or boarders have been inspired by the snow at Xscape to take up snowsports.”

“As one who remembers the derelict land that Xscape was built on, I can only welcome the vision and hard work that has gone into creating Xscape.

“Renfrewshire is fortunate to have such an amazing destination right on our doorstep and there are few families in this area that haven’t enjoyed the facilities.

“Xscape is a huge asset to this area and have been great neighbours. I wish them continuing success for the next five years.”

“Braehead Shopping Centre is our shirt sponsor and provide massive support for the club. As part of the regeneration of the Braehead area, Xscape has been a brilliant asset.

“It provides a great place for all our players, partners and supporters to go before or after our home games.”

“This has been Braehead Clan’s inaugural season at Braehead Arena right next door to Xscape. Xscape has been a great partner for us and really added value to our supporters match day experience.

“The SNO!bar at SNO!zone is the Official Clan Clubhouse and many of the Clan fans can be seen at Xscape before and after matches.

“We very much look forward to continuing to work closely with the guys at Xscape for many years to come. Happy birthday, Xscape, from all at the Clan.”

Tenants at Xscape joined in celebrations.

“SNO!zone is at the heart of Xscape and it’s been a thrill and a privilege to be here from the start. We’ve watched beginners go on to be experts and seen people from all walks of life get their first taste of the slopes.”

‘We wish Xscape a fantastic 5th Birthday – we’re very much part of the package of thrills available here and we look forward to the next five blockbuster years.’

“As one of the original restaurant businesses at Xscape, we have had a great five years here. We are proud to be part of this exciting, vibrant venue, where our restaurant operates as one of the busiest Frankie and Benny’s in Scotland.”

Celebrations will take place at Xscape Braehead on the 6th April and will continue through the holiday period.

Xscape Braehead is open 8am to midnight every day except Xmas day. Admission to the building is free of charge. Each activity has its own tariff. Information for the public is available on the hotline 0871 200 3222.

MEDIA RELEASE posted by Cloudline PR. You too can post media releases (aka press releases) on allmediascotland.com. For more information, email here.