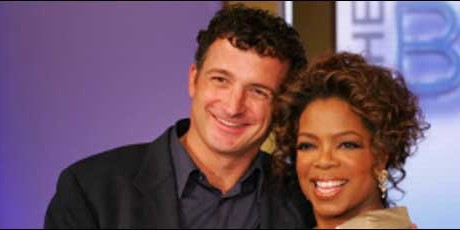 Set to be launched by Oprah Winfrey’s Big Give campaign on the star’s TV show today, GiveBack is a new charitable giving platform that empowers its members to earn, gather and give money to the causes they care most about.

Allowing 100 per cent of user donations to go directly to their chosen charity, GiveBack is designed to encourage the average man and woman on the street to put something back into the world they live in.

“We are thrilled to work with such an inspiring client, challenging the traditional forms of charitable giving by introducing digital advantages and placing control into the hands of the average American on the street.

“With Oprah poised to profile the organisation on one of the last of her iconic shows to a television audience of millions, this is a very exciting phase of the GiveBack project, and we feel truly privileged to be involved so closely with an initiative that is making a real difference in people’s lives,” said Francesca Kelly, VP of Client Services at Bourne.

Says a spokesperson: “Founded by Stephen Paletta, the charitable giving platform seeks to empower individual members to become impactful philanthropists. By centralising the giving process the system enables individuals to at no cost – and in one minute – to register and start their own charitable foundation.

“GiveBack then enables them to raise money through various means, including via credit card, shopping at various locations and directly from a paycheck via a workplace charitable savings programme, and donating it to their chosen charities. Offering the ability to give one dollar or thousands, Giveback is unique and redefines charitable giving.

“Appointed to create a digital launch strategy that would have longevity and raise the profile of the charitable platform throughout the year, Bourne is charged with spearheading Giveback’s campaign to attract 700,000 members in 2011.

“The strategy expects to see an initial raft of 300,000 members arriving as a result of the Oprah Show appearance, with an additional 400,000 members being attracted to the redesigned website via traditional and digital direct marketing, corporate partners, workplace giving sign ups and other celebrity endorsements.”

Said Dan Kersh, Bourne’s managing director: “This is a tremendous win for Bourne’s New York office and a great example of the kind of end-to-end international campaign we’re increasingly working on. Our multi-discipline team’s ability to work across borders and across the full range of digital technologies was a crucial factor in landing this account, and I’m delighted that the investment we’ve made in assembling such a talented and versatile team is paying off.”

Geared to provide creativity that converts, Bourne is a leading digital agency with a difference. Their digital strategy experts operate globally from offices in Glasgow, London and New York, devising high-level creative and strategic campaigns that put their clients’ brands in front of the audiences that matter.

A movement that is empowering, celebrating and bringing together the everyday philanthropist. People are wondering who is going to take on the burden of making the world a better place: the government? The super rich? The answer is the same as it has always been in the United States, it’s the man on the street and the family from the neighbourhood who is going to make the world a better place.

GiveBack is there to help facilitate, grow and unite the people who really make a difference, the everyday person who knows what the real problems are and knows the best way to fix them.

GiveBack is also a celebration of goodness, a place that honours and holds up high the ordinary person doing ordinary things that make an extraordinary difference to other people’s lives.