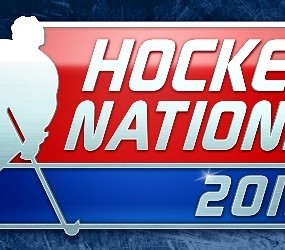 DISTINCTIVE Developments’ Hockey Nations 2011 proudly continues the mission of bringing the ultimate experience of international hockey to the hands of every hockey fan – first and without compromises.

Packed with features developed in close co-operation with fans, Hockey Nations 2011 boasts six game modes and an extensive selection of teams to suit the needs of the supporters of both country and local teams.

Hockey Nations 2011 on the Xperia PLAY is a fully immersive console-like experience that takes mobile hockey to another level.

The game looks beautiful on the four-inch high definition screen and with the action rendered in super smooth 3D graphics by taking advantage of the powerful CPU and GPU combination contained in the Xperia PLAY.

Hockey Nations 2011 also makes full use of the Xperia PLAY game controller, utilising the analogue touch pad and digital buttons; guaranteed to appeal even to those most skeptical about mobile gaming. With Wi-Fi multiplayer to follow very soon, gamers are in for the new era of handheld hockey.

Working with the team of Xperia PLAY backed up with the Playstation expertise has been a great experience for the team at Distinctive:

“The dedicated controls make the game even more of a joy to play and we look forward to giving Xperia PLAY owners everywhere a chance to experience this.”

“Sports games are always popular on mobile, and we think Xperia PLAY owners will love the fast-paced action, fluid gameplay and stunning graphics of Hockey Nations 2011.”

Hockey Nations 2011 is now available for Xperia PLAY in Europe and North America.

Since 2001, Distinctive Developments Ltd has been developing award-winning mobile titles for all major gaming publishers, such as Electronic Arts (EA), SEGA, Eidos (Square Enix) and PopCap.

Distinctive has worked on a number of high profile brands, including the FIFA franchise (since 2002), Sonic the Hedgehog, Tomb Raider Underworld as well as giving many well-known consumer brands a whole new mobile identity.

Alongside developing games for publishing and marketing partners, Distinctive has been releasing its own suite of mobile titles, including Hockey Nations, Rugby Nations franchise, Bonecruncher Soccer and Dead Runner.

Self-publishing not only gives Distinctive the creative freedom but also offers the golden opportunity to interact with the gamers directly to continue delivering unique high-quality games they are looking for.

More about Distinctive Developments Ltd can be found on http://www.distinctivegames.com.