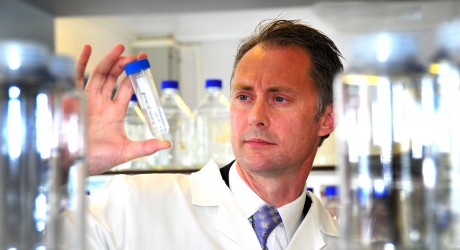 BigDNA has published promising results on their Hepatitis B vaccine in the FEMS Immunology and Medical Microbiology journal.

This coincides with the granting of a patent in Europe covering this Hepatitis B vaccine.

Says a spokesperson: “The preclinical study compared BigDNA’s Hepatitis B bacteriophage (phage) based DNA vaccine with a commercially available Hepatitis B vaccine (Engerix B).

“Not only was an immune response generated in fewer doses with BigDNA’s phage vaccine compared to Engerix B, there was also a higher antibody titre produced with BigDNA’s vaccine.”

CEO of BigDNA, Dr John March, commented: “These latest results are very encouraging. In addition to demonstrating that our phage vaccine can generate an immune response towards Hepatitis B in a preclinical setting, it was also shown to be more effective than the control used – the most frequently used Hepatitis B vaccine that is currently on the market.

“Granting of the patent in Europe strengthens our commercial position as we further develop this vaccine towards the clinic.”

The spokesperson continued: “The phage based vaccines being developed by BigDNA are relatively cheap to produce and are also stable over a range of temperatures. This is beneficial for storage and transport, especially in developing countries where cold-chain storage can be an issue.

“About two billion people worldwide have been infected with the Hepatitis B virus and about 350 million live with chronic infection.

“An estimated 600,000 people die each year due to the acute or chronic consequences of Hepatitis B (WHO 2008).

“An effective vaccine that is cheap to produce and is relatively easy to transport would reduce the worldwide rates of this disease.

“Other human vaccines that are under development by BigDNA are vaccines against Influenza and Chlamydia.”

Big DNA was founded in Edinburgh in 2007 by Drs John March and Jason Clark as a spin out from the Moredun Research Institute at Edinburgh University.

Based in Roslin Biocentre, Big DNA was set up to develop and commercialise new vaccine technologies based on modified bacteriophage.

The company has successfully raised significant funding for research from government agencies including Scottish Enterprise, and internationally from private investors.

March is a graduate of Edinburgh University with a BSc in Molecular Biology, a PhD in DNA Replication and an MBA from University of Dundee.

MEDIA RELEASE posted by The Business PR. You too can post media releases (aka press releases) on allmediascotland.com. For more information, email here.