Media Release: Volunteers needed to take TweedLove up a gear 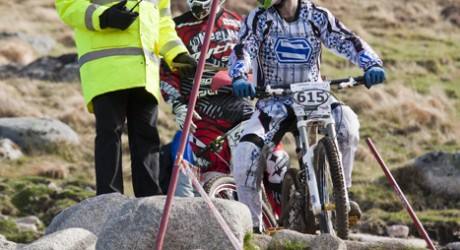 ORGANISERS of Tweedlove, the festival of bike riding and good times on and off the bike in the cycle-friendly Tweed Valley in the Scottish Borders, are searching for up to 40 volunteers to work on a number of events from Saturday 11 to Sunday 19 June 2011.

The Festival’s packed programme of free and paid mountain bike and road cycling events, guided rides, a music concert, a film night and youth and women’s activities celebrates the region’s rich cycling legacy and reputation as the premier cycling destination in the UK.

Neil Dalgleish from Hillside Agency, organiser of TweedLove, said: “Volunteering at TweedLove will, we hope, be a fun and rewarding experience. Like any other major sporting event our enthusiastic volunteers are crucial to the success of TweedLove.

“We would like to encourage cycling enthusiasts and interested individuals from the Tweed Valley and across the Scottish Borders to get involved.”

Organisers need volunteers for a number of festival activities and support services.  These include event marshalling, parking and traffic control, brochure distribution and signage and course installation.

If you want to volunteer to work at the TweedLove bike week please contact Neil Dalgleish by e-mail on volunteers@tweedlove.com with your name, address, date of birth, phone number and e-mail address.

* Volunteers must be at least 16 years-old – absolutely no exceptions

Neil Dalgleish added: “The Tweed Valley is an area with hundreds of miles of the country’s best trails, tracks and roads.

“So it’s not surprising that in the valley there are a remarkable number of resident bike enthusiasts, of both the mountain and road variety, to whom biking is a big part of life.

“It is their enthusiasm, generous support and community spirit that makes TweedLove such a great success.

“There’s so many free events during the week – it might sound too good to be true, but it’s made possible thanks to all the local volunteers who are into biking here.”

TweedLove is again being organised by the local community, everyone from Scottish Borders Council and Lothian and Borders Police to local businesses, cycling clubs and organisations and biking enthusiasts.

Their enthusiasm, generous support and community spirit makes TweedLove the great success it is.

TweedLove,in association with Endura – A Week of Bike Riding and Good Times in the Tweed Valley from 11 to 19 June 2011.

TweedLove was started in 2010 by local riders Emma Guy (from The Hub in the Forest at Glentress – http://thehubintheforest.co.uk) and Neil Dalgleish (from Hillside Agency – the guys who do all the Fort William World Cup graphics among other bike design projects – http://www.hillsideagency.com/) with the aim of reinforcing the Tweed Valley’s reputation as the premier cycling destination in the UK. It was a real success with well over 1,000 cyclists taking part, from across the UK and as far afield as Spain and Sweden. Some events sold-out and others were over-subscribed.

Endura
Endura is one of the UK’s leading brands of technical cycle clothing and has substantial and growing sales in over 20 countries around the world. It is also based in Livingston, just along the road from Tweedlove’s home. As a long-time supporter of inclusive and social cycle events, Endura is delighted to be headline sponsor in supporting Tweedlove and hopes to be involved for many years to come as part of its general support in promoting cycling culture in general. Tweedlove got off to a fantastic start in 2010 and we hope to help it build on that success in 2011 – http://www.endura.co.uk/

TweedLove has been awarded funding from EventScotland, the national events agency, to boost the event programme. The huge potential of the festival has also been recognised by Scottish Borders Council, who are also supporting this year’s activity as one of a number of cycling events they are backing in the area.

The Tweed Valley is an area with hundreds of miles of the country’s best trails, tracks and roads. So it’s not surprising that in the valley there is an astonishingly high percentage of cycling enthusiasts, of both the mountain and road variety, to whom biking is a big part of life. Many of them have moved to the area specifically for the trails and roads available direct from their back door. At one local primary school, 20 per cent of the pupils ride to school every day – the national average is two per cent.

Locals have formed an organisation called TweedLove Trails to promote cycling in the area and invest in the trail network. Part of their vision is to see the valley developing into a year-round biking version of the ‘ski towns’ in the alps. The belief is that there’s nowhere else in the UK so well endowed with mountain bike trails and good road rides.