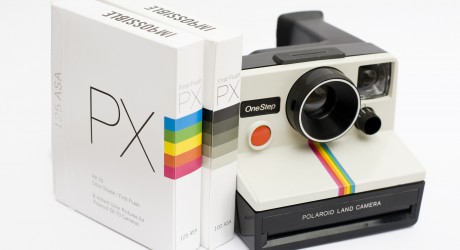 By becoming Scotland’s only stockist of classic Polaroid cameras with fresh instant film materials manufactured by the Impossible Project, Fat Buddha is helping play its part in keeping variety, tangibility and creativity alive by preventing more than 300 million perfectly functioning cameras from becoming obsolete, thereby changing the world of photography.

Fat Buddha founder, Leslie Docherty, said: “We’re delighted to become the only stockist in Scotland for Polaroid, which is currently experiencing a dramatic surge in demand from photographers disillusioned with digital photography.

“The whole Polaroid rebirth thing is great news for photography aficionados: the emergence of lo-tech photography and the attractions and challenges of the skill involved in developing and getting the shot right the first time is helping drive a trend away from digital photography back to film, which we are uniquely placed in Scotland to serve.”