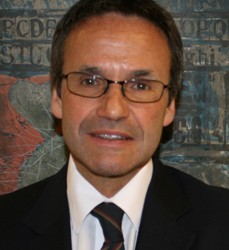 THE way couples approach divorce is changing and is causing them less stress, according to leading family law solicitor, Professor Alan Susskind.

Susskind, who is a partner at law firm, Harper Macleod LLP, says more people are turning to alternative methods of resolution to avoid the potentially destructive aspects of conventional divorce procedures.

“We are seeing many people, especially couples who have children, turning to resolution methods such as collaborative law,” says Susskind.

“The reason for this is they are worried about losing assets they have invested time and money in, such as their homes, pensions and savings.

“In addition, parents want to prioritise their children’s needs and minimise the trauma they experience by ensuring they maintain an atmosphere of respect throughout the separation.”

Adds a spokesperson: “Collaborative law is a relatively new way of dealing with family disputes but is fast becoming the preferred choice for people wishing to retain control of the divorce process, rather than leaving it to the court system where a judge makes the final decisions on their behalf.

“Taking a collaborative approach to divorce involves face-to-face discussions between both parties, who are guided and kept on amicable terms by their lawyers.

“All four members of the group agree to work together to reach a conclusion that benefits the family, not just their individual interests. The lawyers then have the task of making a judgement about what is best for the family, without compromising their client’s interests.

“The lawyers involved show their commitment and buy-in to the collaborative process by stating, before proceedings begin, that in the rare event issues cannot be solved and the case goes to court, they will not act for their clients.

“In contrast, traditional divorce methods normally involve impersonal negotiations through letter and telephone, which can often escalate into bitter battles over possessions, property and access rights to children.

“In these cases, the decision can be taken out of the couple’s hands and is made by a judge in what is often a long, drawn-out process.”

Susskind believes the dynamic of collaborative practice is better suited to the needs of today’s society, where people are increasingly more protective of their assets.

He said: “Whether they have children or not, many people worry about the financial costs of separation, and the impact it will have on their pensions and properties, as both are potentially at risk.

“Collaborative law helps address these concerns by encouraging the couple to listen objectively to each other’s needs and work creatively and cooperatively to solve issues.

“Ultimately, it helps people protect their dignity and self esteem, without having to air their dirty laundry in the courts.”

Susskind is co-founder of the Scottish Collaborative Family Law Group and is based at Harper Macleod’s offices in Glasgow.

Established in 1988, Harper Macleod has 45 partners, 150 fee-earners and a total complement of over 261 staff based in Glasgow, Edinburgh and Inverness.

MEDIA RELEASE posted by Harper Macleod. You too can post media releases (aka press releases) on allmediascotland.com. For more information, email here.