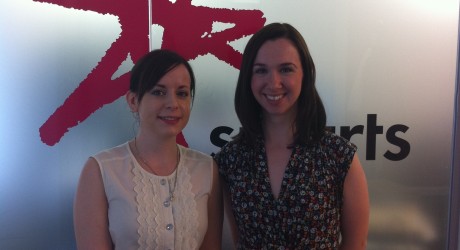 PR-led communications specialist, Smarts, has announced the appointment of Kirsten Blackie and Kirsten Walker to the positions of senior account manager and assistant account executive, respectively.

Kirsten Blackie joins Smarts’ Glasgow office from broadcaster STV where she worked for nine months as PR manager on a maternity cover contract.

Prior to this, Kirsten was the media relations officer for Scotland’s education body, Learning and Teaching Scotland.

She also brings agency credentials having worked at both Freshwater UK and The Big Partnership.

With a strong track record of both in-house and agency and a broad range of experience in all areas of communications, as well as a CIPR post-graduate diploma, Kirsten will be working on a variety of accounts at Smarts.

Kirsten holds a degree in Film and Television Studies and Sociology from Glasgow University and a Postgraduate Diploma in Journalism from Strathclyde University.

In the 18 months prior to joining Smarts, Kirsten worked with leading UK charities Oxfam and Comic Relief, gaining invaluable experience.

She will be providing vital support across a range of accounts.

Lesley Alexander, managing director, Smarts, said: “We’re delighted to welcome both Kirstens to the Smarts team in Glasgow. They are bringing important skills and experience to the business and I’m confident they will make great additions to the team.”

MEDIA RELEASE posted by Smarts. You too can post media releases (aka press releases) on allmediascotland.com. For more information, email here.